Henry James Spears was born April 9, 1910, in Evergreen, Alabama. He was the seventh of ten children born to Ganie and Gussie Franklin Spears. H. J. graduated from Conecuh Training School in 1934 and from Alabama A&M University in May 1941 with a B.S. in Agriculture Education and received a Masters of Education from Tuskegee Institute in 1964, having attended on a part-time basis while working full time. He also served in the U.S. Army during World War II. He was honorably discharged in 1945.

Through the years, H. J. Spears was a hard worker and helped to develop many agricultural programs such as cotton, corn, beef, swine, gardening, and commercial vegetable products. He was instrumental in helping to get commercial vegetable markets set up in Sumter County where farmers and 4-H’ers could grow cucumbers and beans for additional cash income, along with their regular crops.

In his thirty-five years of work with Cooperative Extension, before his retirement, October 31, 1976, Mr. Spears worked with boys, girls, men, and women; therefore he saw great changes involving family relationships and home improvements. He said, “4-H Club work was always the heart of my work in Extension. To see young men grow up to stand on their own feet was heartwarming.” For his dedication to his extension programs, he won the prestigious national county agent award in 1963.

While in Livingston, H.J. Spears served as a deacon for thirty-four years at First Baptist Church, financial secretary for over twenty years, assistant senior choir president for thirty years, and Sunday School Superintendent for thirty-five years.

Henry Spears was preceded in death by Katie Thompson-Spears, whom he married on April 1, 1943. He is survived by his daughters Wynnifred Spears and Joyce Spears, both of Meridian, Mississippi. He had moved to east Mississippi just a few years prior to his death in order to be closer to them.

As a tribute to his devoted service, the name of Henry J. Spears is inscribed on the dedicatory plaque of the Extension Memorial Chapel. 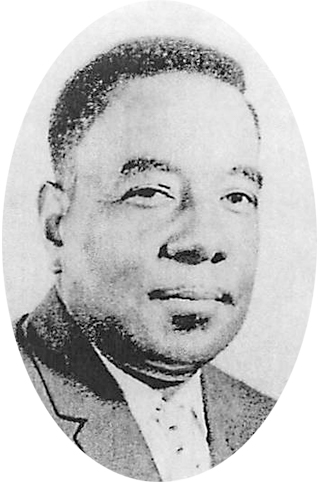