Hilda Laverne Wine Moody served beside her husband, Charles R. Moody, each of their 50 years of marriage. Most will remember her attending fifty consecutive Alabama Association of County Agricultural Agents and Specialists meetings. She also attended 47 of the National Association of County Agricultural Agents meetings. And she did much more than “just attend.” She helped Charles with the fundraising efforts for the AACAAS scholarship auction and supported him in the nomination and election into the National NACAA Hall of Fame. In 2015 the Alabama Association honored her by naming the “Hilda Moody Scholarship Support Award” in recognition for all of her work during the years.

Hilda worked tirelessly in her community and her church. She served as a volunteer leader with Cherokee County 4-H and attended 4-H Camp with the county. She attended three National 4-H Club Congresses in Chicago, Illinois, when her husband, Charles, was NACAA South Region Director and National Chair of the National 4-H Young Men and Women Committee. At her death, she was serving as the current president of the National Association of Retired Federal Employees, Chapter 1868, and had been president for several years.

She volunteered more than 9,708 hours at Cherokee Medical Center Hospital with the “Pink Ladies” Auxiliary. She was in the first group after the Auxiliary was organized in 1984. She was a cancer survivor and supported the Cherokee County Relay for Life.

“Charles and Hilda Moody missed just a handful of Auburn football games in more than 50 years as season ticket holders. They faithfully traveled wherever the schedule took them following the Tigers.

“Soon after her death, soon after the Auburn vs. LSU game in Baton Rouge, Charles attended the next Auburn football home game with two tickets in hand. His wife’s seat was empty when the eagle took flight. … While Hilda’s sudden death devastated those who loved her, I am sure they take solace knowing she watched the eagle soar while sitting in her own seat far more special than Jordan-Hare Stadium.”

The Alabama Retired Agricultural Agents nominated Hilda Laverne Wine Moody for The Special Recognition inclusion of non-extension employees in the Books of Memories. The Alpha Pi Chapter of Epsilon Sigma Phi honors with Special Recognition, Hilda W. Moody for her service to Cherokee County 4-H, Alabama Cooperative Extension System and the Alabama Association of Agricultural Agents and Specialists, and especially to her community in Cherokee County. 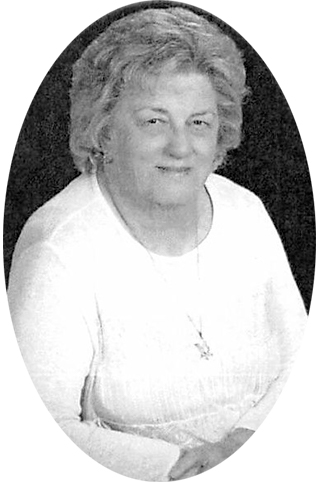