Horace Milner must have been one of the world’s most loved people — at least by his family and friends, including everyone who knew him in Extension. Here’s what several people who knew him for many years had to say:

“I remember Horace as being a very kind, thoughtful, and gentle person. There was never a request for help that he denied.” (Barbara Mobley)

“Horace didn’t say a lot but was always helpful and had a smile and chuckle when I spoke to him or asked about something. There were publications and supplies on the loading dock and tucked into every area and corner in the basement, Extension buildings, and [other] buildings around campus and town. Horace knew where everything was located and could find something if you asked about it…. Horace was always there and kept things together.” (Georgia Aycock)

“I remember Horace from my first clay in Duncan Hall in 1973. He came upstairs where I worked … and welcomed me to Extension. The word ‘dependability’ describes Horace. If he said he was going to do something, he did it — and did it without any complaints…. He was in Duncan Hall when I began my career, and he remained at Duncan Hall when I retired in 2000, still doing an outstanding job.” (Janice Johnson)

“Before there was computerized inventory and electronic delivery of Extension publications, there was Horace Milner — a quiet, dedicated, unassuming, always accommodating employee…. Patience was his virtue. He would politely stop whatever he was doing to assist a specialist’s last-minute request for a few publications to take to a meeting or respond to an urgent phone call from an agent who had forgotten to order a publication for a meeting two days away. Over the years I would occasionally engage Horace in a chat on the fortunes of the Auburn Tigers, which could bring out the more passionate side of Horace Milner. A friendly wager of a Coke on a game’s outcome made these encounters more memorable. ” (Ray Cavender)

Born July 29, 1945, in Tallapoosa County, Horace moved to Loachapoka during his childhood, where the family lived with his grandfather. He graduated from Drake High School in 1968 and was a member of Mt. Zion Missionary Baptist Church. Horace’s passing is mourned by his three brothers (Obie, Curtis, and Joseph), three sisters (Yermell, Rosie, and Ruby), three children (Patrick, Toysha, and Shalia), and countless other family members and friends.

He worked for Extension for his entire career of 38 years, retiring in 2006. Horace passed away on June 14, 2009. Regrettably, Horace’s retirement years were far too few. It is fitting indeed that Horace Milner’s name is placed on the dedicatory plaque of the Extension Memorial Chapel in recognition of his loyalty to Extension and the effective performance of his responsibilities over a long career. 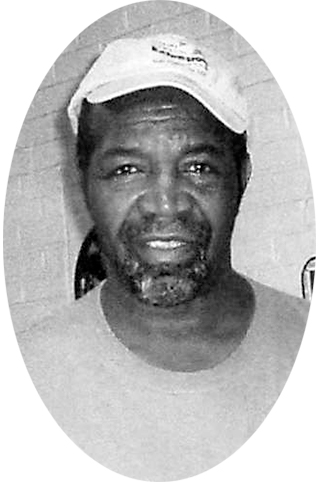