A dedicated and hard-working man, always striving for excellence — that was Howard Hall. Extension lost a good and faithful worker with the tragic death of Mr. Hall at the early age of 54.

Born on March 23, 1929, Howard Douglas Hall grew up in Limestone County. After graduating from Limestone County High School in 1947, he attended Florence State. He transferred to Auburn in 1949 and earned a B.S. degree in agriculture science with a major in agronomy and soils. November of 1950 found Howard in the 17th Infantry Regiment, Seventh Division of the U.S. Army, serving in Korea. Upon his honorable discharge in 1952, Howard worked three years as a supervisor in the Ordinance Missile Lab at Redstone Arsenal in Huntsville.

Wanting to further his education in agronomy and soils, Howard moved back to Auburn to earn his B.S. degree in 1956. His next six years were spent in the Birmingham office of Virginia-Carolina Chemical Corporation. The career of Howard Hall in Extension began when he was named Assistant County Agent in DeKalb County in 1962. Three years later, he transferred to Lauderdale County, where he was very successful in helping farmers in swine, soy­bean, and dairy production. During his tenure, swine income increased to over $2 million.

In 1970, Howard Hall was promoted to County Extension Chairman for Cherokee County. His next decade of service resulted in outstanding programs in cotton, soybean, livestock, and community resource development. The County Rural Development Committee under his leadership was honored as one of the top committees in Alabama.

Mr. Hall retired from the Alabama Cooperative Extension Service in 1980 due to his failing health. November 13, 1980, was proclaimed Howard D. Hall Day in Centre. The Cherokee County Commission honored him with a resolution from his service to the county. A similar resolution by the Alabama Legislature was presented to Mr. Hall in special ceremonies on November 13, 1980, by Representative Bill Adams.

In addition to serving the people of Alabama through Extension, Howard Hall served his church. As a deacon and licensed minister, he took every opportunity to proclaim God’s word. Courage, love, devotion, compassion, smiles, and determination are some outstanding attributes that describe Howard D. Hall.

The memory of the man and his life’s work is cherished by all those whose lives he touched. In tribute to this devoted and diligent man, the name Howard D. Hall is inscribed on the dedicatory plaque of the Extension Memorial Chapel. 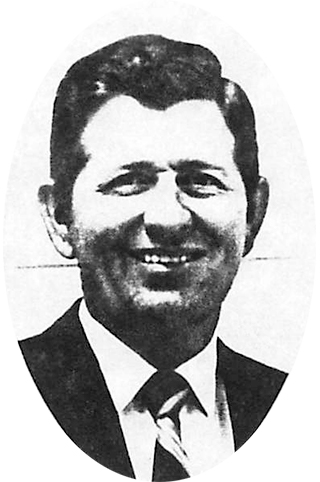