Born in Brooks County, Georgia, Howard Louick Eubanks graduated from Slocomb High School and then came to Alabama, where he attended Auburn University. He received his B.S. degree in 1933 and soon began his long and distinguished Extension Service career.

Mr. Eubanks’ first assignment was as County Agent in Winston County. He worked there for two years and then moved to St. Clair as County Agent in 1936. St. Clair became his home for the rest of his Extension work before he retired in 1973. The only break in his forty years with Extension came when he was in the military during World War II. From 1942 until 1946, Howard Eubanks served his country in its great effort to stop aggression. He was discharged with the rank of Lt. Col. and returned to Alabama and his county agent post. Glad to be home and able to help people once again, Mr. Eubanks put his skills back to work for Extension in St. Clair County.

The leadership ability of Howard Eubanks flourished as he guided his clientele through one successful program after another. Compared to dozens of other agents, Mr. Eubanks has been described as the “one with the absolute best grasp of community development.” Through hundreds of projects, Mr. Eubanks established goodwill and cooperation while spreading information on modern farming technology and methods.

Not a boastful man, he was quick to give credit to local participants and Extension special­ists who participated with him in successful activities. He knew what to do and how to get it done. His rapport with the area community and government leaders gained his office much acclaim. During the 1960s, St. Clair County was nominated for a National Award for Rural/Community Development.

It is in recognition of his contributions that the name of Howard L. Eubanks is inscribed on the dedicatory plaque of the Extension Memorial Chapel. 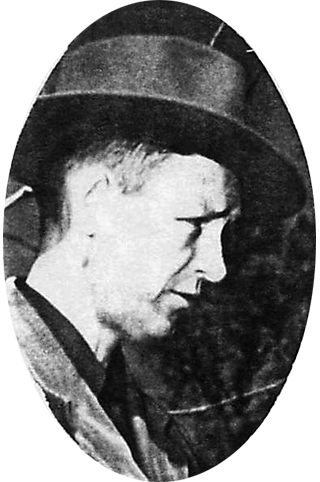