“Howard always had a sincere and generous concern for all whom he served. He was loved and respected by his associates and co-workers. He was truly great because he was truly good.”

That was part of the eulogy for Howard W. Moss, county agent for Washington County, whose untimely death on December 9, 1960, removed one of the top county agents from the Extension Service.

Mr. Moss was born and raised in Mobile and graduated from Murphy High School in 1927. He received a B.S. degree in agricultural science from Auburn in 1933, then spent four years as an insurance salesman before joining the Extension family.

Mr. Moss was a man who loved his work. He was also a member of the Methodist Church and enjoyed hunting and other outdoor activities. His loss was great and he is still remembered by family and friends alike.

As a lasting tribute to this man and his life’s work, the name of Howard W. Moss is inscribed on the dedicatory plaque of the Extension Memorial Chapel. 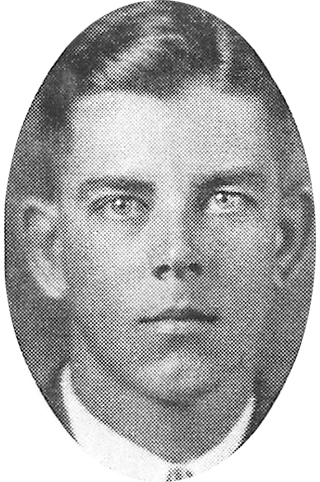