Hoyt B. Price was born May 15, 1917, in Clay County, Alabama. He attended Lineville High School and graduated from Auburn University in 1943.

Prior to his college days, he worked in the Civilian Conservation Corps (CCC), fighting forest fires in California. After graduation from college, Hoyt accepted a position teaching agriculture at Lincoln High School in Lincoln, Alabama. He married Vina Chandler in 1943, and they had two sons, Hoyt Price II and Rex Price, and later six grandchildren and four great-grandchildren.

During World War II, Hoyt served in the Merchant Marines aboard the Liberty Ship, Thomas MacDonough. After the war ended, he took a job as an Assistant County Agricultural Agent in Moulton, Alabama, where he assisted area farmers and worked with 4-H clubs in Lawrence County until 1963.

He often spoke fondly of camping trips and other activities he enjoyed while working with the 4-H. Later, you would find Mr. Price in the fields with the farmers discussing their crops. In 1963, he was transferred to Hamilton, Alabama, as the Marion County Coordinator, where he worked until his retirement in 1977.

In 1965, the Alabama Association of County Agricultural Agents honored Hoyt with the Distinguished Service Award.

Hoyt was a member of the Church of Christ. He was a humble, honest, hard-working man, and a devoted husband and father who loved people, the outdoors, gardening, and fishing.

It is indeed a privilege to remember Hoyt B. Price for his work with 4-H’ers and farmers in Alabama by placing his name on the dedicatory plaque of the Extension Memorial Chapel. 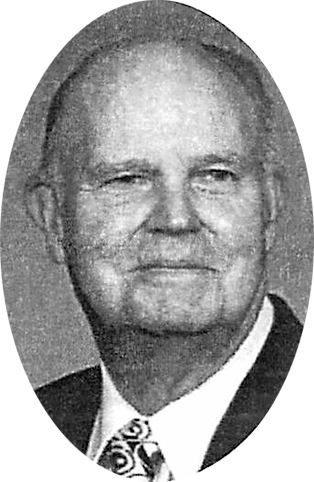