Hoyt Mitchell Warren was born and reared in Hackneyville, Alabama, in 1917. He graduated from Hackneyville High School serving as president and valedictorian of his senior class. He entered Auburn University in 1935 and graduated in 1939 with a Bachelors’s Degree in Agricultural Education. He later received a Master’s degree and a Doctorate degree in Agricultural Administration from Cornell University in Ithaca, New York, both under Ford Foundation Fellowships.

Similar to many others of the “Greatest Generation,” he served his country during World War II. He volunteered and was accepted into the United States Army Air Corps as an Aviation Cadet in 1942. He was honorably discharged in 1945 having reached the rank of Captain. He served as a P-51 “Mustang” pilot in the European Theater of Operations, flying 75 combat missions. As a combat pilot, he earned the Distinguished Flying Cross, the Air Medal with fourteen Oak Leaf Clusters, the Campaign Ribbon with four stars, a Presidential Unit Citation, and the World War II Victory Medal.

After serving in World War II, he began his career with the Alabama Cooperative Extension Service as an Assistant County Extension Agent in Henry County, Alabama in September 1945. Later became the County Agent for Henry County. In 1955, he moved to Auburn to become the Poultry Specialist on the State Extension Service staff. He later served as District Agent for District Four and as Assistant Director until his retirement in 1974. Throughout his twenty-nine-year tenure with the Extension Service, he was an ardent supporter of the various local, county, regional, and statewide extension programs and activities. He was a true believer in 4-H’s core principle of each individual pledging their “Heads, Hearts, Hands and Health” to the betterment of their local communities and the State of Alabama.

Following his retirement from the Extension Service, he served on the Auburn City Council. He authored eight books and numerous shorter publications, many of which can be found in local, state, national, and even foreign libraries. For over ten years, he also wrote weekly historical columns which appeared in several east Alabama newspapers.

It is indeed an honor and privilege to place the name of Hoyt M. Warren on the dedicatory plaque of the Extension Memorial Chapel. 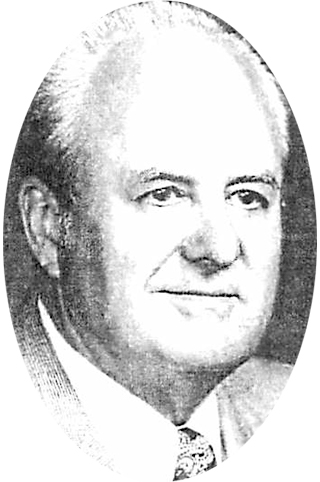