Ida Jo Harrison was born in Opp, Alabama, and graduated from Opp High School in 1952. She attended Alabama College on academic scholarships, where she earned a B.S. degree in home economics in 1956. After earning a Master of Science degree from the University of Tennessee in 1964, she completed post-graduate work at Colorado State University.

Ida Jo began her career as a home economics teacher in Red Level, Alabama. Later she worked as a home demonstration agent in Crenshaw County, doing both the adult and 4-H work until 1963. After receiving her Master’s degree, she served as County Extension Home Economist in Live Oak and Blountstown, Florida.

She returned to Alabama and served as Extension home economist in Wilcox County from 1970 to 1973 and in Dale County until her retirement in 1989. Ida Jo’s career was spent helping women help their families.

A coworker remembers Ida Jo as a master seamstress who loved teaching sewing skills and sharing her creations with others. She had a great sense of humor, a cheerful disposition, and loved to laugh and make others laugh.

She continued serving people after her retirement as a tour guide with the Southern Coach Travel Agency. She was an active member of the Southside Baptist Church and served on the local board for Habitat for Humanity.

Ida Jo served in many leadership roles with the Pilot Club of Ozark, including president and treasurer. She was named Pilot of the Year three times.

As a lasting tribute to her Extension career, the name of Ida Jo Harrison is inscribed on the dedicatory plaque of the Extension Memorial Chapel. 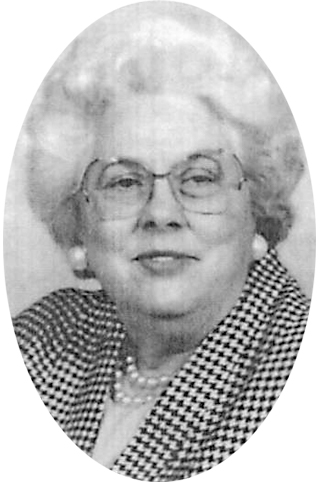