Mrs. Ritenburgh worked with several age groups, and economic populations. In her early career, she worked with 4-H Girls clubs and organized county nutrition committees as well as conducting leadership training for adults. Her work in Alabama was in Montgomery County, where the main responsibility was as a supervising agent with the EFNEP Adult program. In 1979, she received a state award from the Commission on Aging for her work in Montgomery County with the Alabama Nutrition Program.

She received the Outstanding Service award in 1976 from the Alabama Association of Extension Home Agents.

Mrs. Ritenburgh retired on March 31, 1983, after ten years with ACES. After retirement, she spent most of her time volunteering at her church and being a proud mother and grandmother. She passed away on December 21, 2009. She was preceded in death by a daughter Karen Lynne. She is survived by her son Gary, who resides in Montgomery.

In tribute to her life of service, the name Imogene D. Ritenburgh is inscribed on the dedicatory plaque of the Extension Memorial Chapel. 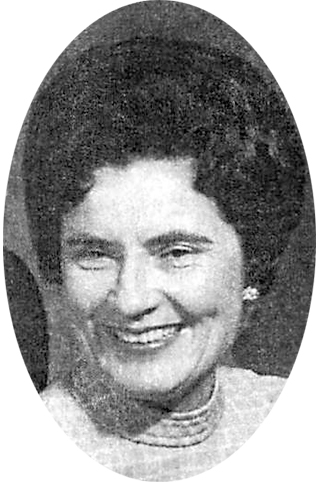