Inez Green was the Assistant Home Demonstration Agent in Coffee County from July 1, 1946, to August 15, 1949. It was there she met fellow worker Walter Sowell, who was the Assistant County Agent. They married in June 1949 and were married for 55 years, ending when Walter passed away in 2004.

Inez Green grew up in Marion County, Alabama, the daughter of Irene Ford and Abner Franklin Green. She attended Marion County High School, Berry College in Rome, Georgia, and earned a B.S. degree at the University of Alabama in home economics and an M.S. degree at Auburn University, where she also taught and did postgraduate work.

In addition to her three years as the Coffee County Assistant Home Demonstration Agent, her career included teaching home economics and science at Enterprise and Auburn High Schools and at Purdue University.

Serving as wife, mother, grandmother, and great-grandmother were her most cherished activities. She was known for her faith, kindness, generosity, and warm friendship to many people. She was the ‘encourager’ to anyone and everyone because she had that woman’s intuition which zoned in on the needs of others.

Mrs. Sowell loved children and worked for some time as the Director at the First Presbyterian daycare center. At her own church, the Auburn First Baptist Church, she was one of the first to visit new babies of parents in the church and made sure to enroll each child in the church nursery, where she spent many hours.

She was a strong supporter of the Extension mission and stood by the side of her husband as he worked his way up in Extension administration from an agent to an agronomist to a district coordinator. She was a favorite within the Extension circles, which stretched from Auburn across the state.

Mrs. Sowell died on January 16, 2006. Survivors include two daughters, Gwynne Lovelady of Auburn, and Marcia Duke of Liberty, Missouri. It is an honor to include the name of Inez Green Sowell on the dedicatory plaque of the Extension Memorial Chapel. 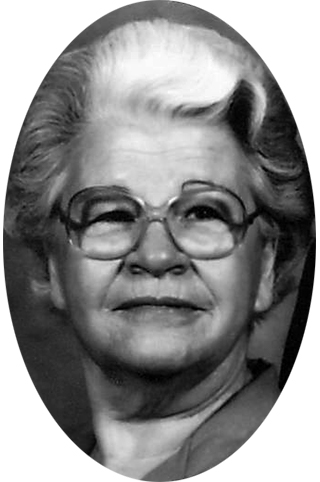