Inez Mims Petty* started her career with Extension as a negro home demonstration agent in Lawrence County working with both youth and adults in 1947. According to former 4-H’ers, she had a deep passion for her work as an agent. She conducted 4-H club meetings at local schools for minority students in the Courtland, Moulton, Town Creek, and Hillsboro communities. She did numerous home visits and one-on-one sessions where she taught the 4-H girls how to cook and can food from the garden. She also taught them how to sew, starting with an apron. Petty impressed upon the 4-H’ ers the importance of having good leadership and communication skills through projects in public speaking and leadership activities.

Petty took numerous young ladies to Tuskegee Institute to compete in the state 4-H competitions. Many of her 4-H’ers received high honors and recognition as a result of her guidance and assistance. She emphasized to the 4-H’ers the importance of education as a means to improve personal economics and quality of life. In fact, several of Petty’s 4-H’ers followed her same career patl1 to become Extension agents or educators. According to many who knew Petty, she was an outstanding role model based on her intelligence, poise, skills, and self-confidence.

Petty was a trailblazer within the Extension organization. In 1977, she was promoted to the position of county Extension coordinator-a position that had never been held by a female or black within the state of Alabama. She made numerous positive accomplishments in this role and influenced many families in Lawrence County. She retired in September 1985. 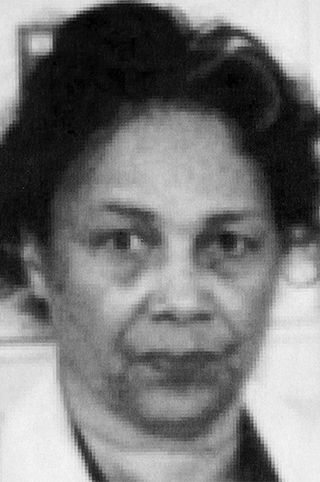