Irby Barrett has been called a true role model for Extension agents. She was “most professional in her actions, a good speaker and a good writer, poised in a crisis, and possessed a good sense of humor!” Among her honors, she was the first selected for the Extension Hall of Fame and was recognized at Auburn University’s Century of Women celebration. Those were after her retirement in 1969. She was also the recipient of many service awards while actively employed with Alabama Cooperative Extension.

Born in Russellville, Alabama, Irby Barrett attended schools there and graduated in 1924. She taught school a year before attending college at Auburn University. She graduated in 1929 with a B.S. degree and then began her long and successful career with the Alabama Cooperative Extension Service. She began as the county home demonstration agent for emergency canning work in June 1933 for Marion and St. Clair counties. In 1936 and 1937, she served in Limestone and Cherokee counties, settling in Jefferson county in 1938 as the county home demonstration agent for thirty-one years. Irby distinguished herself as the model home economist and will be long remembered by her coworkers, her superiors, and her Home Demonstra­tion club members.

Miss Barrett is remembered also for her organization and leadership abilities. Having recognized the need for a professional association, several Alabama Extension home economists met together in Birmingham in 1948 to organize such an association. Irby Barren was selected as its first president. She went on to become a prominent officer of the national association as well and served as its president in 1960-61.

At her retirement on June 30, 1969, Director Fred Robertson said “Extension’s image has been greatly enhanced by Irby’s outstanding leadership.” Retirement did not mark the end of Irby’s productiveness. As a part of the celebration of 75 years of Extension home economics, she was asked to put together “the story of Alabama Extension Home Economics from 1911 to 1986.” The result was a 41-page booklet titled “Seedtime and Harvest,” which captured the circumstances and events of a fruitful 75-year history. Irby Barrett unselfishly gave of her time and talents in researching and writing this history, obviously a labor of love.

Irby Barrett was a remarkable lady. She will live long in the hearts of many people. Her family, sisters Jeanne Hargett and Marian Bratton, brother H. W. Barrett, her nieces, and nephews, will remember the joy she brought into their lives. Her devotion to duty and family had been a model to live by.

Epsilon Sigma Phi is honored to remember one of its own by inscribing the name of Irby Barrett on the dedicatory plaque of the Extension Memorial Chapel. 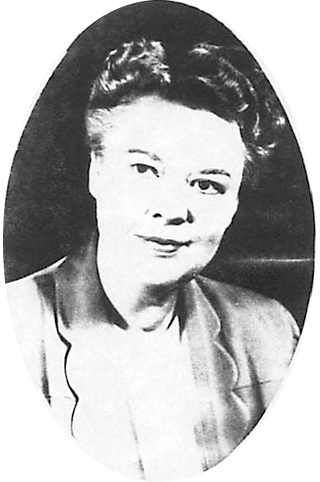