Isabelle M. Downey is a genuine legend who left a real legacy when she retired from the Alabama Cooperative Extension System, September 30, 1978. Belle was with Extension for more than 34 years. For twenty years, she was the state Food Preservation Specialist. She provided excellent leadership in that area. In fact, she was recognized and appreciated nationally and statewide for her ability to provide the Extension staff with basic information in canning, freezing, and drying.

Belle Downey authored numerous publications, including Food Preservation in Alabama, which she revised five times. It has been revised only once since her retirement. The last year before her retirement, she wrote “Questions and Answers on Food Preservation” and put it in a file format so each county agent and nutrition paraprofessional would have answers easily accessible when asked food preservation questions.

Alabama piloted Extension’s paraprofessional concept for five years prior to its going nationwide, after which Belle Downey was one of the three Family and Consumer Science Specialists who planned and implemented the first two­-week training program for EFNEP Agents and continued to participate in EFNEP training over the years. For about three years, she supervised EFNEP in one or more Extension districts. She also wrote low reading level publications as well as “Katie Letters,” popular newsletters on food and nutrition for the Expanded Foods and Nutrition Education program audiences.

From 1960 until her retirement, Belle wrote nine food preservation newsletters each year, and she prepared indexes in the three areas of canning, freezing, and drying to make it easy for the agents to locate seasonal or subject matter information. She made monthly contributions to the Human Nutrition Newsletter the last two years she worked and prepared daily and weekly news articles as well as two monthly radio tapes from 1967 to 1978.

Because Belle Downey was a thorough worker, she chaired a number of committees and accepted many Human Science assignments. She made numerous TV programs, four films, and three slide sets on canning and freezing. Other assignments included in-service training for agents, special interest meetings for consumers and leaders, and mall presentations.

On June 1, 1944, Belle Downey began her career with the Alabama Cooperative Extension System. She was a trainee in Henry County for six weeks, Assistant County Agent in Pike County, and County Agent in Crenshaw County before becoming Food Preservation Specialist on September 16, 1958.

Because Belle Downey was a woman with a pleasing personality, made a good impression, was faithful as a team worker, was well-liked by the people who knew and worked with her, had a capacity to think things through before acting, and had a zeal for her work and a yearning to be successful, it is an honor for Epsilon Sigma Phi to inscribe the name Isabelle M. Downey on the dedicatory plaque of the Extension Memorial Chapel. 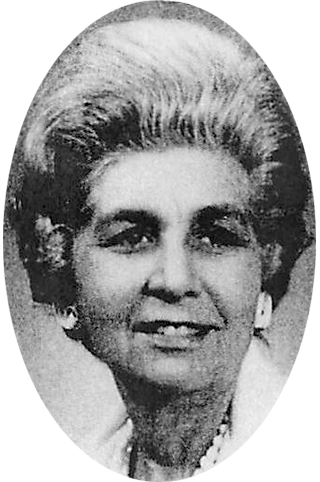