Ike Martin was born February 25, 1914, in Raymond, Illinois, to Lottie Jane Rogers and the Rev. Otto Elmer Martin. He graduated with a B.S. degree in Forestry from Louisiana State University in 1939.

Mr. Martin began his career working for the Extension Service as an Assistant Extension Forester, stationed in Auburn. The year was 1941. His work was put on hold for the next four years while he served his country in World War II in the U.S. Navy.

He returned to Extension in 1946 and was the Timber Marketing Specialist in north Alabama. He was named the state-wide Extension Forester in 1948 and was relocated to Auburn. In 1960, he requested and received permission to return to Louisiana State University to take courses leading to a master’s degree in Forestry.

Mr. Martin was very good at his job. He traveled extensively throughout the state to meetings with agents or with landowners. His job was to make sure they knew the up-to-date methods of forestry management.

Mr. Martin resigned from his job with Alabama Extension in June of 1965 to accept a position with the Federal Extension Service in Washington, D.C. He served in that position for 5 years as Coordinator of Natural Resources for the U.S. Department of Agriculture.

After retirement from USDA in 1970, most of the Martins’ time was spent between their home in Auburn, the Lake Martin cottage, and a small house on Pine Island, Florida. His “hobby” was fixing things up. His daughter remembers that he always had at least three or four projects going at one time.

Ike Martin was married to the former Dorothy Glenn Long. They had two daughters, Lynn and Stephanie. Lynn, as well as his wife “Dottie,” predeceased Ike. He is survived by daughter Stephanie and her family, who live in Marietta, Georgia.

Mr. and Mrs. Martin spent their last years residing at Oak Park Care Center in Auburn. Ike was an avid reader and TV westerns watcher and always enjoyed visits from family and friends. Quite profound up to the end, he often quoted the saying “Getting old isn’t for sissies!”

To honor this gentleman and his many years of public service, we inscribe the name Ivan R. “Ike” Martin on the dedicatory plaque of the Extension Memorial Chapel. 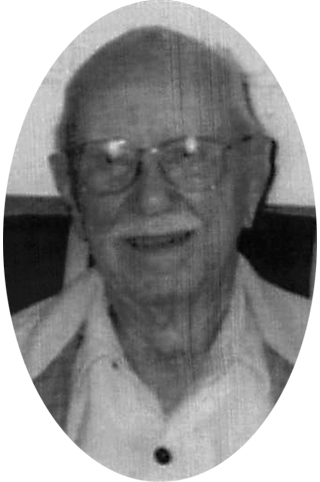