A native of Sumter County, Joseph Arthur Minus grew up in Epes, Alabama. He completed public school and then attended the University of Alabama.

After working as a farmer for years, Mr. Minus was appointed Emergency Farm Labor Supervisor on the Sumter County Extension Staff in 1943. He worked diligently through the war years directing the National Defense effort.

The leadership of J. A. Minus can be noted from records of the various committees on which he served. Among the areas of his expertise were cotton, beef, and forestry. He also took an active role in 4-H, serving as Sumter County’s Director of the Alabama 4-H Club Foundation for 11 years.

Another membership he held was on the Farm and Home Development sub-committee of the Sumter County Extension Council for 7 years. He was also an active demonstrator in this pro­gram. As an elected official, J. A. served on the County Board of Commissioners for 12 years. During these years, he was a staunch supporter of Extension.

At an awards ceremony, Mr. Minus was recognized for his years of devoted service to the people of Sumter County. County Extension Chairman B. B. Williamson stated that “he has seen many changes in our county and can feel proud of the part he has played in making a better life for Sumter citizens.”

In tribute to his many years of service and the positive impact he had on hundreds of rural fami­lies, the name J. A. Minus is inscribed on the dedicatory plaque of the Extension Memorial Chapel. 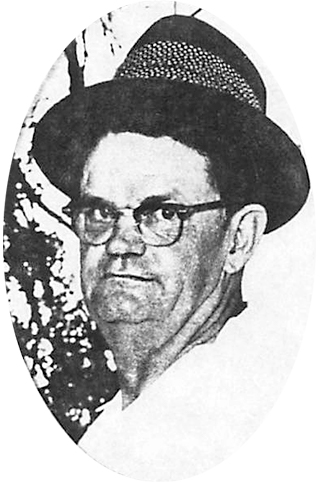