The youngster, hot, tired, and dirty from digging Johnson grassroots, rested against his hoe handle in a field near Athens and watched as his father chatted with the visiting county agent. Impressed with the county agent’s late model car, neatly pressed khakis, and stylish felt hat, J. C. Bullington vowed that one day he’d work for the Extension Service, too.

He kept his vow and lived his dream. For nearly four decades — as a county agent, specialist, and district agent — he poured his heart and soul into his job of helping the rural people of Alabama build better lives. Respected, admired, appreciated, J. C. Bullington was the consummate Exten­sion worker. He did what he set out to do, and he did it with grace and style that not only endeared him to others but built respect and credibility for Auburn University and its mission of Extension.

As district agent, Mr. Bullington was noted for a quiet but firm leadership style and for his skill in assembling highly motivated county staff who carried out exceptional educational programs.

His Extension programs in Walker were regarded as among the nation’s best. He earned numerous awards, both state and national, including the National Distinguished Service Award for county agents. In 1957, he served as president of the Alabama Association of County Agricultural Agents.

Mr. Bullington’s continuing concern for youth and his keen desire to create a permanent memorial to deceased Alabama Extension workers led him to a major leadership role in raising funds for the Extension Memorial Chapel. On more than one occasion, he has stood before the chapel’s dedica­tory plaque, focusing on the names of close friends and colleagues who had gone before, reliving the memories of shared experiences. Now, his name joins theirs.

The Alabama chapter of Epsilon Sigma Phi is proud to pay tribute to its former president, a man whose life touched so many in so many positive ways. The name John C. (J.C.) Bullington is inscribed on the dedicatory plaque of the Extension Memorial Chapel. 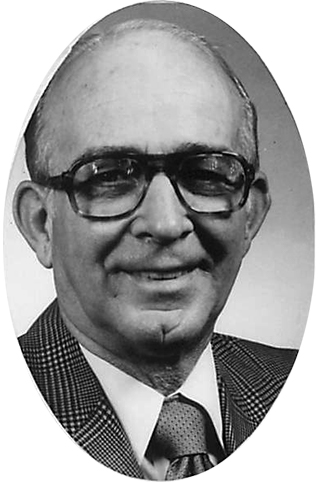