John Edwin Pittman was born on December 20, 1872, in Pike County, Alabama. He received his early schooling in Pike County, but the demands of agricultural endeavors dictated that additional schooling had to take a backseat until it was conve­nient. He finished his schooling in Brundidge and taught school when not engaged in his farming responsibilities.

In 1896, he moved to Coffee County to the community now known as Enterprise and pur­chased land for farming. In 1904, he ventured into the field of politics and was elected as county commissioner. In 1911, he was elected to the Alabama Legislature. It was around this time that he also was doing work for the Department of Agriculture with farmers in Coffee County on improv­ing their farming practices. This was the beginning of what became the work of county agents once the Smith-Lever Act was passed. Mr. Pittman served the county as County Agent until 1918. During his tenure as County Agent, he traveled to Texas to observe the growing of peanuts. When he returned to Coffee County, he was instrumental in encouraging the county farmers to diversify their crops by planting peanuts. At that time, cotton was the money crop.

During his lifetime, Mr. Pittman was one of the strongest proponents of public education in the county. He served some 20 years as Chairman of the Coffee County Board of Education. Few men can claim the distinction of having served education as faithfully as did Mr. John Edwin Pittman, Sr. His view on education has been much quoted: “My opinion of education is that it is more and more necessary as civilization becomes more and more complex. Education will NOT change human nature … but will enlighten the individual and his fellows so that the rights of men can be better understood.”

It is in honor of the pioneering efforts of James E. Pittman, Sr., that his name is inscribed on the dedicatory plaque of the Extension Memorial Chapel. 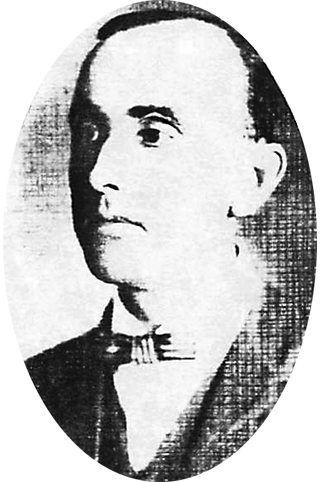