James Ezra Carter was born in Walter, Alabama, which is located in Cullman County, on April 25, 1903. He finished High School in Blountsville in 1923 and went on to Auburn University, where he received his B.S. degree in agriculture in 1928. Not only did he work his way through college, but he also played center on the football team in 1926, 1927, and 1928. He was a member of the “A” Club, Spades, Blue Key, Gamma Sigma Delta, and Alpha Phi Epsilon.

Mr. Carter, known to friends and colleagues as “Red,” started work with Alabama Extension on July 1, 1928, in Marion County as Assistant County Agent. He was promoted to County Agent and moved to Lawrence County on November 1 of the same year. He worked there for the next 20 years and then accepted the County Agent position in Jackson County in 1947, remaining there until his retirement in 1968.

Red’s daughter remembers her father “striving to teach the farmers better and more productive ways of farming. He tried many of the new ideas on his own small farm so he could more effec­tively teach others. Retirement was a difficult decision to make in 1968 because he loved his work and knew he would miss the contacts and associations with the public.”

Red Carter was always proud of his agricultural background and maintained an active interest even after his retirement. His application to work with Cooperative Extension asked for a farm experience. His statement said, “farmed all my life.” Even though he wrote that when he was 25, it remained true for the next 60 years. His love for and devotion to Extension was very much a part of his being. Becoming a member of the County Agents Association was to him a part of employ­ment. He felt very strongly about the organization and its members. He could be (and very often was) a terror to unprepared specialists, but extremely understanding and inspiring to a young agent or 4-H member.

In honor of his 40 years of leadership and service, the name of J.E. “Red” Carter is inscribed on the dedicatory plaque of the Extension Memorial Chapel. 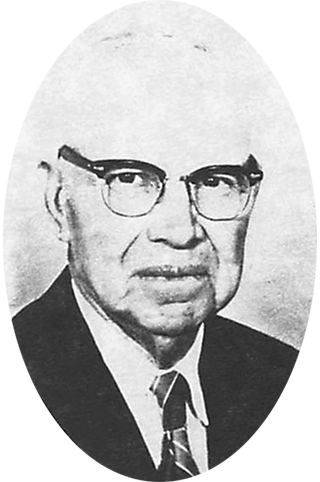