Jack N. Glass was born in San Antonio, Texas, in 1922, but grew up in Linden, Alabama. He graduated from Linden High School and worked in the office of the former Agricultural Stabilization Conservation Service in Marengo County. He served four years in the United States Navy during World War II. After the war, he attended and graduated from Auburn University in 1948 with a B.S. in Agricultural Science, later also receiving his M.S. degree from Auburn.

From September 1948 through December 1949, Jack Glass was Assistant County Agent in Escambia County. For the next thirty years, he worked in Hale County. A former coworker said it was a natural move in 1950 for Jack Glass to transfer to Hale County, the leading dairy county. At one time, Jack’s father was a dairyman in Marengo County. During Jack’s early days in Hale County, his assignment was 4-H Clubs. He had many successful 4-H Dairy Shows, and several 4-H’ers won trips for their projects. At least two of those young 4-H’ers have had successful dairy farms.

Jack Glass continued to be supportive of the 4-H program when new agents arrived in the county. He had recently reminisced with a former Assistant Hale County Agent who did not grow up on a farm and had never been a 4-H’er. The two laughed as they recalled visiting the schools to establish the club schedule and the first few clubs. Jack set an eloquent example on properly conducting a club meeting and the things that needed to be carried to each meeting. The American and 4-H flag sets are an example. They also remembered when the water pump in the 4-H agent’s car developed a major leak and how Jack was just a phone call away and right there providing transportation until a new water pump was in place. That agent, now also retired, had more than 60 district, state, and national 4-H club winners.

Mr. Glass was a member of the state and national Association of County Agricultural Agents and received the prestigious Distinguished Service Award from these organizations. He retired as County Agent Coordinator, Hale County, December 31, 1980.

He died after an extended illness on July 16, 2000. Virginia White Glass, his wife, had predeceased him. They were married in Huntsville, Alabama, on September 17, 1947, and were the parents of three children: Karen Glass Crabtree, Jack Neal Glass, Jr., and Robert White Glass.

To honor his service to the people of Hale County, the name of Jack N. Glass is inscribed on the dedicatory plaque of the Extension Memorial Chapel. 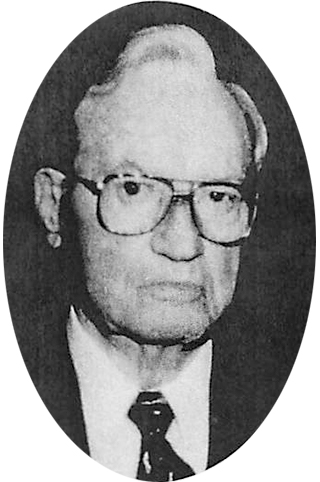