Jack Russell Tanner gave a lifetime of service to Alabama agri­culture. Not only did he serve as assistant county agent in Cher­okee and Jefferson Counties, he served many years on the board of directors of the Alabama Farmers Federation. He was past third vice president of the organization, which is the largest farm group in the state. Living most of his life in Jefferson County, he gave many years of service in and around the county as a civic and agricultural leader. He served many years on the Jefferson County Farm Bureau board of directors and was a former manager of the Farmers Market in Bir­mingham. He was also a former vice-chairman of Gold Kist and was on their board of directors for 27 years. He accomplished all this while maintaining a farming operation, mostly cattle, in Dora, Alabama.

Jack Tanner was a respected citizen and leader and an effective worker. Above all, he was a fam­ily man. He was born in Dora on July 29, 1920, and maintained his home there all his 67 years. His survivors include his widow, Dorothy; a son, Jerry Tanner; two daughters, Cheryl A. Tanner and Denise Davis, all of Jefferson County.

Mr. Tanner received his college education at Auburn University, graduating with a bachelor’s degree in 1942. He was a member of the Auburn Tiger basketball team. He served in the U.S. Army in 1942 and 1943, discharged as a lieutenant.

In honor of his life’s dedication to Alabama agriculture, the name of Jack R. Tanner is inscribed on the dedicatory plaque of the Extension memorial Chapel. 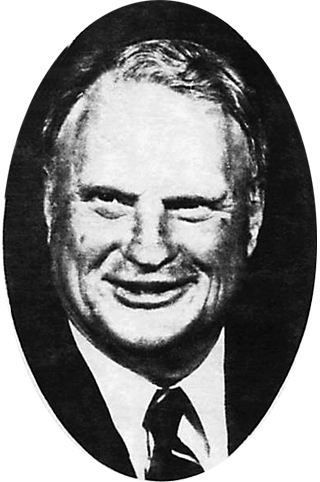