It is said that the measure of a man is seen in his family and friends. Jake Barnett Mathews measures well. A native of Washington County, he was born on February 27, 1922, in Carson, Alabama to Albert Sidney Mathews and Juddie Williams Mathews. Jake was the sixth of seven children — three girls and four boys.

Jake graduated from Leroy High School in 1941, worked a short time in the shipyards in Mobile, and entered the Air Force. He served as a flight engineer on a B-26 bomber during some of the most intense fighting during World War II. Upon finishing his tour of duty, he returned home and enrolled in Auburn University, where he earned a B.S. Degree in Forestry in December 1948.

Jake began his career with Alabama Cooperative Extension Service as Timber Marketing Specialist for Clay, Randolph, St. Clair, Shelby, and Talledega counties in 1949. When the Extension Forestry program was discontinued in 1951, Jake was appointed Assistant County Agent in Talledega County in 1951 where he served until his retirement on June 30, 1986.

Jake’s main job assignment was beef cattle and row crops. He was instrumental in the development of the Stocker Program and Board Sale, “an innovative approach to marketing cattle directly from the farm”. As cotton acreage dwindled, he assisted farmers with entering other farming enterprises such as soybeans and hay production. Jake loved the people with whom he worked and loved his work. He never aspired to go to another county or another position, and he was always concerned over the decline in the number of farmers.

Active in civic, community, and church activities, he was a member of First Baptist Church in Talledega. He was a member of the Talledega Rotary Club for more than 30 years and served in all of its offices. He was instrumental in organizing the Athletic Boosters Club at Talledega High School.

Jake was active in professional associations, especially the National and Alabama County Agents Association where he was the recipient of the Distinguished Service Award.

Jake was not the only one in his family to be employed with Alabama Cooperative Extension System. He had three brothers in Extension. They were A.S. “Sut” Mathews of Calhoun County, Allen Mathews of Houston County, and Jim Mathews of Lowndes County.

Jake died on October 23, 1997. He had an abundance of friends and all of them have a good Jake Mathews story to tell. Survivors included his wife Elida Utter Mathews; two sons, Jake, Jr., and David; and four granddaughters.

In tribute to the life and work of this dedicated man, the name Jake B. Mathews is inscribed on the dedicatory plaque of the Extension Memorial Chapel. 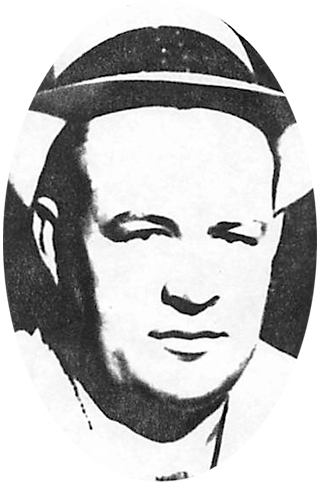