James A. Bates, Jr., served Perry county well, working for thirty-three years there as Extension Farm Agent and County Agent until his retirement in 1983. Mr. Bates, better known as “Buck” to his friends and coworkers, was born on May 20, 1926, in Selma, Alabama, and was educated in the school system there. Upon high school graduation, he enlisted in the U.S. Navy and served aboard the USS New York in the Pacific Theater for two years. After an honorable discharge from the Navy in 1946, he enrolled at Auburn University, graduating in 1949.

Mr. Bates’ appointment to the Extension Service was first to Marengo County, where he served as Assistant County Agent beginning February 1, 1950. He subsequently was promoted to Perry County on July 1, 1950, and remained there until his retirement. While with the Extension Service he worked with 4-H programs, Rural Water Systems Programs, Rural Volunteer Fire Department Programs, and with many local organizations such as garden clubs and Lion’s Club.

Buck may be best remembered for helping the rural communities get water systems and volunteer fire departments. He gave leadership to county-wide water testing programs and the county boys’ 4-H club programs.

While employed in Marengo county, Buck met and married Lois Rhodes. And it was back to Marengo County, to Jefferson, that the Bates went after Buck’s retirement.

Retirement was a happy time for Buck Bates. He enjoyed the time he could spend with his extended family back in Jefferson. He enjoyed, also, the leisurely way he could work his gardens and his orchard. Other members of the community appreciated Buck’s patience and assistance with their farm and garden problems. He was active in the Jefferson Baptist Church and served as a deacon and choir member. He even had part-time employment as a field scout for an insurance company, specializing in crop insurance.

Buck Bates passed away on March 8, 1994, at the age of 67. He will be missed by the many friends he made along the way. His survivors include his wife Lois, daughter Mary Elizabeth Bates, and sons James and Charles; one grandson William Bates; and a sister Sarah Jane Green.

As a lasting tribute to this man and his life’s work, the name James A. Bates, Jr., is inscribed on the dedicatory plaque of the Extension Memorial Chapel. 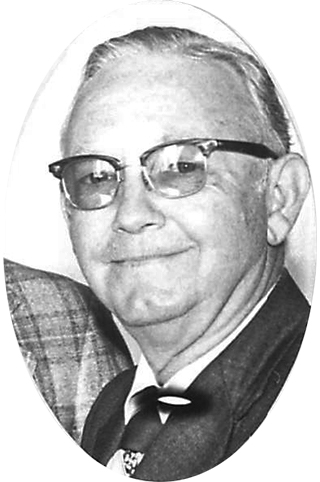