J. A. Beaty’s service with Alabama Cooperative Extension was actually less than eight years long, but his lifelong impact on Alabama agriculture was impressive.

James Albert Beaty was born on a farm in Louisville, Alabama, on June 13, 1900. He attended and graduated from Louisville High School in 1916. Prior to pur­suing a college education, J. A. was a scout with the Texas Oil Company of Louisiana. In 1921, he enrolled at Auburn University and graduated in 1925 with a Bachelor of Science degree.

His next employment was with the Division of Plant Industry for the State Department of Agri­culture from 1926 to 1928. In 1928 and 1929, he was the County Agent in Cullman County, Ala­bama. He then became the Director of Field Services with the Alabama Farm Bureau Federation in Montgomery. In the early 1940s, he served with the AAA in Auburn and in Washington, D. C., and with Federal Crop Insurance Corporation in Birmingham and D. C.

The year 1942 saw J. A. Beaty, now fondly known as “Jabo,” re-employed with the ACES as a Marketing Specialist, based in Auburn. And, as was his custom, he served with distinction. After 1947, “Jabo” became manager of the agricultural department of the Birmingham Area Chamber of Commerce. In this position, he made a remarkable record in knitting business and industrial inter­ests to the concerns of rural Alabama.

Extension lost a staunch supporter and wonderful friend with the passing of James A. Beaty in March 1965. He was an outstanding man. It is in recognition of his life’s work that the name of James A. “Jabo” Beaty is inscribed on the dedicatory plaque of the Extension Memorial Chapel. 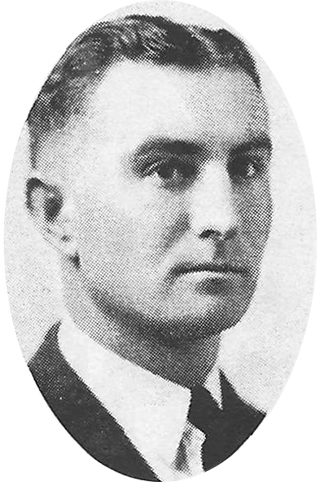