After graduation from Auburn and upon returning from Korea, Jim taught Veterans Vocational Agriculture from 1951 to 1953. On January 16, 1954, Jim began his distinguished career with the Alabama Cooperative Extension Service as an Assistant County Agent in Coffee County. In March of 1955, Jim transferred to Russell County, where he stayed until he was assigned to Pike County in 1967. On August 1, 1976, Jim was promoted to County Agent Coordinator and served in that capacity until his retirement on January 16, 1981.

Jim loved his work with Extension. He felt that his service to clients was important and that he was part of making lives better for others. Jim was a positive changer in life. Numerous 4-H members reached their life goals as a result of Jim’s leadership, training, and encouragement. Jim was also very well respected by farmers in the counties he served. They knew that he had their best interest at heart, and they relied on his judgment and his wisdom. He had a way of helping that made producers feel that each was the most important person to him.

Even after retirement, Jim continued to be involved in Extension programming by serving as a judge, volunteer, and event coordinator for 4-H activities and programs. He also lent his expertise when agents needed that extra knowledge to help the clientele. Jim kept his involvement in the “retired agents” group that met yearly and continued to support Extension endeavors.

Jim was very involved in his church and served as Elder Emeritus of the First Presbyterian Church of Troy.

Jim was predeceased by the love of his life, Ann McLean. He is survived by his son, Jimmy, and daughter, Cindy, and her husband, Andy Cain, and grandchildren, Tim, David, Allison, and Andrew Cain.

Jim was a real “Auburn Man” and epitomized what a “real county agent” is supposed to be. To honor his legacy, we are proud to inscribe the name of James A. McLean on the dedicatory plaque of the Extension Memorial Chapel. 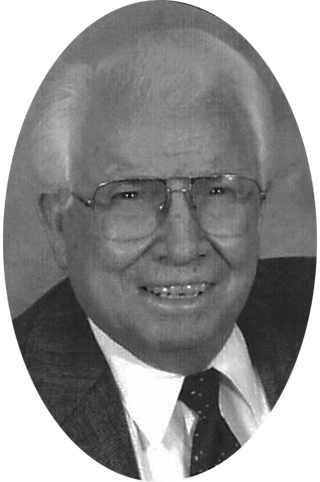