James B. Butler was born in Hobbs Island, Alabama, in Madison County on July 26, 1923. His parents were the Rev. John Byrd Butler and Annie Youree Butler.

Mr. Butler was a veteran of World War II, serving in both the European and Asiatic Pacific Theatres. He served in the famed 86th Infantry Division, better known as the “Blackhawks,” and was actively involved in the Battle of the Bulge.

After the war, Mr. Butler attended Auburn University on the G.I. Bill and graduated in 1950 with a degree in animal husbandry and horticulture. He began his Extension career in 1954 as the assistant county agent in Blount County. He also worked in Cherokee County from 1967 to 1979 and in Marshall County as the county agent until his retirement in July 1981.

During his early years, Mr. Butler was the 4-H agent and in 1962 received the certificate of achievement for 4-H programs from the Alabama County Agents’ Association. As county agent, he was always busy with his farm visits and farmer meetings, teaching the new and more efficient techniques for more and better crops. His farmer clients always considered him their best friend. It was clear that James was widely respected by the people he served.

His favorite pastimes throughout his life were hunting, gardening, and training dogs. His prowess and knowledge of dog training was well known throughout the state and beyond.

James Butler was a faithful member and elder at Eastside Presbyterian Church of Gadsden for many years. He loved his God and he loved his church.

Mr. Butler passed away on January 8, 2007, after a lengthy illness. He is survived by his wife Patricia Williams Butler.

To honor his love for agriculture and his service to his Extension family and friends, the name of James B. Butler is inscribed on the dedicatory plaque of the Extension Memorial Chapel. 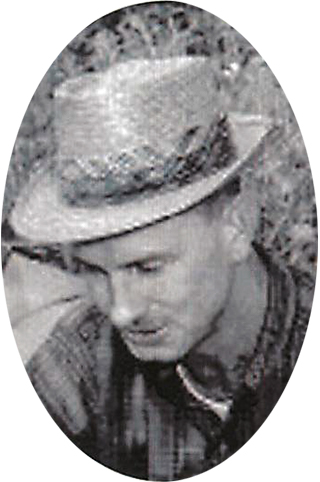