He was born to the land in Lowndes County in 1879. At the age of 18, James Butter Mitchell entered Auburn University to work toward a degree in Agriculture.

In 1918, “J.B.,” as he was known to friends and co-workers, became county agent in Autauga County. He served the people of that area for seven years and then moved to Cullman County. His stay there was only two years (1925-27). In 1928, J.B. found his final stop for Extension work in Madison County. For 18 years, he provided leadership and inspiration to Madison County farm families.

Among his many accomplishments was the restocking of Cullman County with hogs. He launched a serious campaign with 4-H Club boys to purchase hogs from neighboring counties. The exchange was good for both parties and Cullman farmers again invested in hog production. This addition to their activities increased their income thereby raising their standard of living.

In recognition of his accomplishments and contributions, the name J. B. Mitchell is inscribed on the dedicatory plaque of the Extension Memorial Chapel. 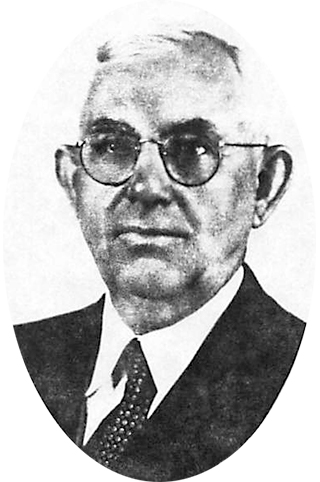