He was born in Hamburg, Alabama, on November 16, 1912. Grow­ing up, he learned to love the land and its people. That was what brought James Baker Moore to Auburn University to study agricul­ture. In 1941, he received his B.S. degree and was looking forward to joining Extension.

With the outbreak of World War II, however, Mr. Moore’s plans changed drastically. He joined the U.S. Army instead and spent four years in service to his country. After the war, he was able to resume his life in Alabama by being named assistant county agent in Henry County. Very soon he transferred to Bullock County, where he remained until 1953.

During his tenure in Bullock County, James Moore endeared himself to his clientele. His burning desire to see farmers adopt new and improved methods compelled him to push hard. Mr. Moore was very effective in club work. He could organize and motivate farm families to improve their farming methods.

His first tour of duty was in Baghdad, Iraq, where the Sheiks and their laborers accepted Mr. Moore to an unusual degree. Because they liked and trusted him, his family was invited to experience numerous local traditions. His work there centered around projects to desalinate the land and to increase production through use of new and improved American technology. Political turmoil prevented a second term in Iraq, so Mr. Moore was sent to Amman, Jordan. Jordan provided Mr. Moore with increased opportunities to aid eager farmers with agricultural projects such as terracing for olive and almond trees, desert sheep raising, poultry hatching, and soil analysis. His personality and enthusiasm were highly regarded among the Jorda­nians. He left many friends in Jordan. His last tour of duty was in Vietnam where he was involved in pro­moting a new rice seed, which was developed at the Rockefeller Institute in the Philippines. The new rice was developed to produce two yields per year instead of the traditional one yield. The project was to aid Vietnam in improving its export potential.

He was in this position when he died of a stroke while in Long Ninn, Vietnam, in 1969.

In recognition of his contributions, the name James B. Moore is inscribed on the dedicatory plaque of the Extension Memorial Chapel. 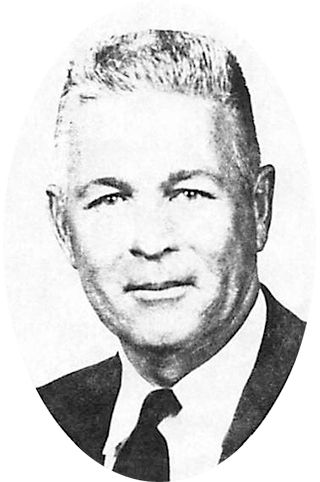