Cash Howell was born on November 2, 1920, in Hamilton, Alabama. Cash was a decorated veteran of the U.S. army and a survivor of a German POW Camp during WWII. He served his country in active duty from 1942 to 1945. Immediately after he returned from the war, he married his high school sweetheart, Reba Watts, on July 4, 1945. They celebrated their 62nd anniversary in 2007. After his discharge from the army, he returned to school and received his Bachelor’s Degree in 1954 and, afterward, his Master’s degree in Agricultural Education from Auburn University.

During that time, he became a staunch Auburn fan and remained one for the rest of his life. After graduation, he taught in high schools from 1949 to 1961. He became an agent for the Alabama Cooperative Extension Service on January 1, 1962. Cash began his career in Tuscaloosa County as a 4-H Agent. One of his leadership projects was initiating the Tuscaloosa County 4-H Horse Club which is still in existence today and is probably one of the longest — if not the longest-running “special interest” 4-H club in Alabama. He moved to Clanton as head of the Chilton County Extension Service in 1977 and remained there until his retirement in 1988. One of his major responsibilities and loves was working with the fruit growers.

Wayne Ford, the coordinator in Tuscaloosa, tells this story: “I met Cash as a new Extension Agent while I was attending orientation in Chilton County in 1979. Cash was a very optimistic agent and provided me some excellent advice on how to become a successful Extension agent. After his retirement, I had the opportunity of eating several meals with Cash and Reba at one of our Tuscaloosa County Extension retiree functions.”

He was a long-time member of the Northport Baptist Church, where he served as a deacon for many years. He was a strong Christian and served as a role model for his family and their younger generations.

Cash Howell was loved by all the Extension employees and constituents he worked with. He not only loved to help other people grow things, but he maintained his own garden for years and taught others respect for the land and nature. After retiring, he returned to Northport in Tuscaloosa County, where he lived until he passed away on December 11, 2007, at 87 years of age. Cash is survived by his wife, Reba, his daughter, Suzanne Cook, his son, David, four precious grandchildren, and two great-grandchildren.

To honor his life of teaching others, the name of James Cash Howell is inscribed on the dedicatory plaque of the Extension Memorial Chapel. 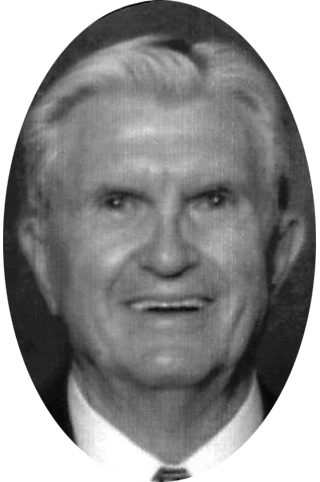