James Cooper was an assistant and county agent for Tuscaloosa County for 30 years. His hard work, integrity, and dedication to excellence will stand as an inspiration to all county agents in the future.

Born in the little community of Echola on December 25, 1912, James graduated from Tuscaloosa County High School in 1931 and received his B.S. degree from Auburn in 1935. He taught vocational agriculture in Hanceville for three years before taking a job in 1938 as a county supervisor for the Farm Security Administration in Evergreen. He remained in that position until 1942 when he was called to active duty in the United States Army. He was honorably discharged in 1947 at the rank of captain.

After his discharge from the Army, Mr. Cooper was named assistant county agent for Tuscaloosa County. In 1963, he became associate county agent and two years later gained the position of County Agent, where he remained until his retirement in 1978. James was honored with a retirement party by the Tuscaloosa County Extension Service for his thirty years of service in that county. Praise was heaped upon him for his devotion and accomplishments.

During his years of service, Mr. Cooper was recognized for his outstanding leadership. In 1957, he received the 4-H Certificate of Achievement, in 1969 the Distinguished Service Award, and in 1976 a National Association of County Agricultural Agents Public Information Program award. Besides winning awards himself, James Cooper helped over 40 Tuscaloosa County 4-H’ers win national awards as well. When it came to working with young people, this agent never looked at his watch. He spent whatever amount of time it took to get the job done right. It was common to find Mr. Cooper working weekends to assist a youngster to complete a project.

In addition to his Extension work, Mr. Cooper served the community and church. He was an active mem­ber in numerous state and national agricultural and service organizations. He was on the board of the Trin­ity United Methodist Church and taught Sunday School. James Cooper was a distinguished veteran of World War II, retiring from the reserves with the rank of Lieutenant Colonel. He was a member of the Retired Officers Association and the American Legion. He was also an alumnus of the Alpha Gamma Rho fraternity.

As a lasting tribute to this man and his life’s work, the name of James Cooper is inscribed on the dedicatory plaque of the Extension Memorial Chapel. 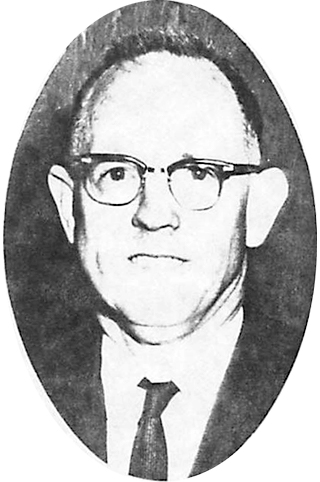