James D. “Duck” Samford, a native of Troy, Alabama, was born on December 15, 1897. He grew up on a Pike County farm and graduated from Auburn University in 1920. He played guard on Auburn’s 1917 football team. He also served one year in World War I.

Mr. Samford joined the Extension Service as County Agent in Hale County in 1922 and held that position until 1925. He spent the next three years working in Florida, then was appointed Agri­cultural Economics Extension Specialist and served in this capacity until 1937. He was then appointed Farm Finance Specialist with the State Department of Corrections and Institutions and held this position until 1939 when he was named Supervisor with the Extension Service for Southwest Alabama. In 1941, he became District Agent for Southwest Alabama and served in that capacity until his retirement in 1958.

Mr. Samford, whose grandfather was a governor and his brother a leading businessman, was a philanthropist. He donated land in Auburn for the athletic park on East Glenn, which bears the name Duck Samford Park. He also contributed the acreage on which the Alabama Sheriff’s Girls Ranch is located in Lee and Tallapoosa counties.

Mr. Samford was a director of the First National Bank of Auburn and a charter member of the Girls Ranch. He was on the board of Trustees of the Baptist Children’s Home in Troy and served as a member of the City of Auburn Council from 1962 until 1965. A longtime Baptist, he was a deacon and made considerable contributions to his church for construction and other endeavors. Mr. Samford was 75 years old when he died in 1973.

It is altogether fitting to honor the man and his contributions by inscribing the name James D. “Duck” Samford on the dedicatory plaque of the Extension Memorial Chapel. 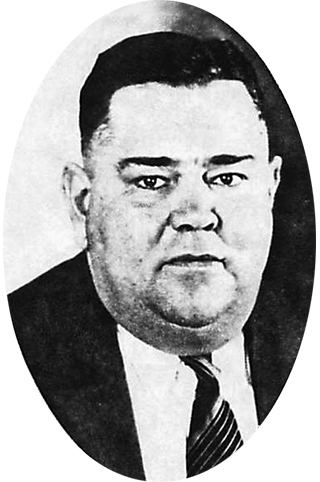