He was born James Horace Sellers on April 1, 1917. His home town was Hope Hull, Alabama. His years with Extension were noteworthy but all too short due to his sudden death.

James “Dink” Sellers grew up with love of the land and its people in his heart. After graduating from Montgomery County High School, he attended Ag school at Auburn and received his B.S. degree in 1939. He later did graduate work in animal science at Oklahoma State University and earned the Master’s degree in education from Livingston University.

It was during his tenure in Auburn that “Dink” became widely known throughout the state for his work in performance testing. He moved to Monroeville as Farm Agent on August 1, 1966, and was promoted to County Extension Chairman on August 1, 1973. It was at this final post that he died. Many were his contributions and accomplishments. Many were those who loved and respected him. One special recognition that Mr. and Mrs. Sellers were especially proud of was his selection as Monroe County’s 1970 “Farmer of the Year.” This award is made each year by the Kiwanis Club to a person who has made outstanding contributions to agriculture.

In his July 30, 1976, Official Letter, Director J. Michael Sprott wrote: “During my short time in Alabama I had come to know Dink as one of those special people who knew how to fight life’s battles without being whipped, who inspired confidence and respect among his co-workers as well as his clientele, and who not only knew his business but knew how to communicate and motivate. His first love was, without doubt, beef production, but he never lost sight of the total Extension effort. The people of Monroe and other counties in which he served will attest to that.”

In tribute to his life and work, the name James H. Sellers is inscribed on the dedicatory plaque of the Extension Memorial Chapel. 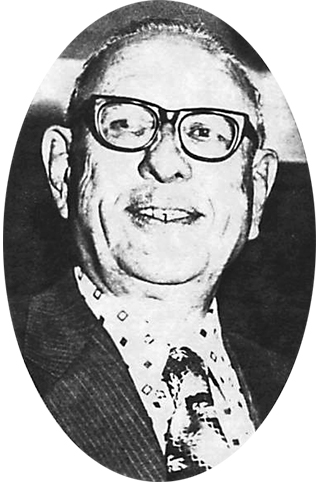