James Howell Stephenson was born in Hartselle, Alabama, and was a 1937 graduate of Morgan County High School. He attended Auburn University on a football scholarship. After injuring his knee, he joined and became captain of the track team, where he competed in the discus throw, shot, javelin, and high jump. He graduated in 1941 with a degree in Agricultural Science. He was a member of the Auburn A-Club and inducted into both the Hartselle High School and Morgan County Sports Hall of Fame.

Upon graduation from AU, James worked with the Alabama Cooperative Extension Service in Shelby County. World War II took him to service, and he returned to Hartselle to work with his father in the Stephenson Hardware and Appliance. Later he managed a dairy farm on his great-grandfather’s land. The dairy is continuing under his sons’ management.

James was always involved with Extension, serving on the Morgan County Planning Committees and helping with many of the activities. The Morgan County Farm Fair for fifth graders sought help from commodity groups. The Stephenson Dairy brought a calf for the children to see and served ice cream from their local vendor. Out-of-state and international farm tours often stopped by the Stephenson Dairy to see the latest in technical operations.

James was involved throughout the community. He was director of American Bank and Trust, a charter member of the Kiwanis Club of Hartselle, and instrumental in organizing the first Little League team.

After organizing an American Legion team of teenagers and being defeated in the first inning of the first game (19-0), James decided they needed to start at a younger age. He looked for a copy of the Little League rules and began forming the Hartselle Little League. The American Legion allowed the teams to use their grounds for the fields. Stephenson Hardware and Appliance supplied the equipment. Today the Little League is known state-wide as the training ground for Hartselle players.

For his belief that Alabama families build the community, the name of James Howell Stephenson is inscribed on the dedicatory plaque of the Extension Memorial Chapel. 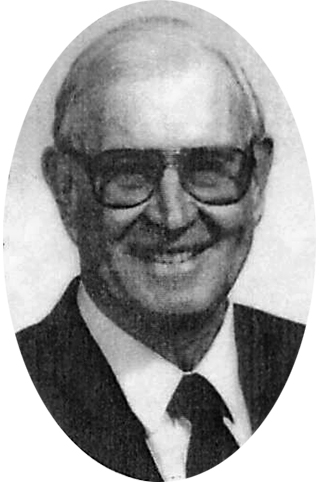