A native of Banks, Alabama, in Pike County, James L. Lawson had one of the longest and most outstanding careers in Alabama Extension. Honored by the Alabama House of Representatives, a 1982 resolution reads: “His 39 years with Alabama Cooperative Extension Service from 1923-62 were a legend of leadership. Even after retirement from Extension Service, he served for 16 more years as Assistant to the Commissioner of Agriculture and Industries from 1962-78.”

James L. Lawson, known as “Mr. Jimmy” to his friends, began Extension service in 1923. Dur­ing his years as County Agent, he worked in Wilcox, Monroe, Marengo, and Hale counties. In 1937, he became Supervisor for southwest Alabama and was stationed at Auburn. From 1939 to 1959, Mr. Lawson moved within the state staff as Administrative Assistant, Assistant Director, Associate Director, and Specialist in Rural Development.

Throughout his career, Jimmy Lawson was recognized as a leader in establishing Extension’s Planning and Development programs. He became an authority in these areas and set standards that are now being used in program planning in many other states in the U.S. Mr. Lawson also pioneered the use of county Extension councils, which are now in every county in Alabama. This method of coordinating and sharing is recognized as one of the most effective ways of making Extension work.

He retired in 1962, with thirty-nine years of service to the agricultural interests of this state with unequaled distinction. The state legislature resolved to express “their deep appreciation for his long and untiring dedication to his fellow man.”

In recognition of his life of devoted service, the name of James L. Lawson is inscribed on the ded­icatory plaque of the Extension Memorial Chapel. 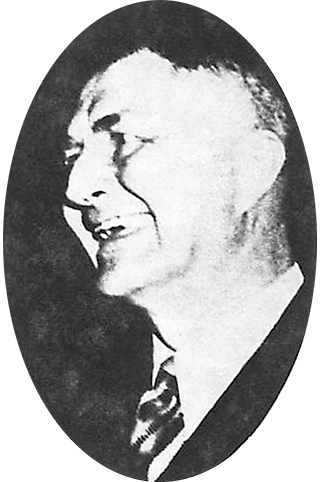