James Newman White was born in Meridianville, Alabama, in 1906. His father was a county agent in Clay County from 1918 to 1941. J. N. didn’t start out to be a ‘chip off the old block,’ however. His college freshman year was spent at Auburn studying electrical engineering. Then, after three years of work with the Alabama Power Company, he attended and graduated from Colorado State University in 1933 with a B.S. degree.

For two and a half years, he worked as a commercial dairyman before the pull of Alabama and Extension service combined to draw him and his bride back to his native state. The counties of Lee, Tallapoosa and Crenshaw had J. N. as county agent from 1935 to 1948 before he transferred to Houston, where he remained until his retirement in 1969.

In working with the people of Houston County, J. N. White assisted in establishing viable truck crop oper­ations. Tomatoes, watermelons, field peas, and vegetables of all kinds found their way from Houston County to markets in nearby cities, thus greatly enhancing the cash income of local farmers. The success of these truck farmers was in large part due to the initiation of scientific soil testing. Agent White adopted this procedure immediately and applied it across the county with tremendous results. Every farmer who participated was rewarded with higher yields and more flexibility.
Mr. White was known for his meticulous record-keeping. The soil test results he kept for all farms could be studied and used to improve production. Because of his devotion to keeping accurate data, this agent could help a farmer plan for the future based on past results. Even to this day, agents in Houston go back to his files to consult tests and help current farmers.

J. N. White was also active in community and church affairs, serving as a deacon and assistant treasurer of the Park Avenue Church of Christ. J.N. served several years on the Agricultural Committee of the Dothan Chamber of Commerce. A knowledgeable and dedicated man, he was often sought for advice and counsel. He remained a humble man whose good influence, strong convictions, and steadfast loyalty set him apart as one to be respected, admired and held in high esteem. Mr. White loved his work and loved being with farm people. And, for his contributions to Houston County agriculture, he was presented a bronze plaque of appreciation when being honored at one of many Farm-City banquets.

A devoted family man and Christian leader, Extension agent J. N. White is well-deserving of the honor of having his name inscribed on the dedicatory plaque of the Extension Memorial Chapel. 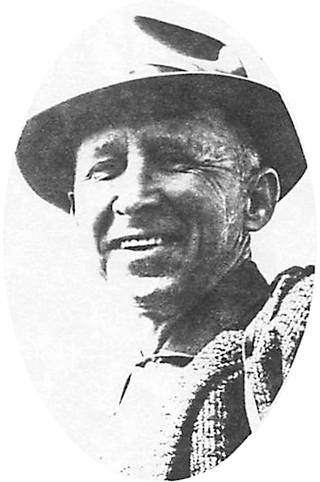