The farmers of Fayette County knew they had a good county agent in Jimmy Tucker. For them he was always there, ready to help or give them the best information available. “He went that extra mile for us,” they said. “He was dependable and knowledgeable.”

A native of Hale County, James P. Tucker grew up on a dairy farm in Newbern. After graduating from Greensboro High School in 1955, he attended Auburn University, from which he received both Bachelor’s and Master’s degrees in agriculture.

He knew from the time he was involved in 4-H as a youth that he wanted to be a county agent. He began his Alabama Extension career in 1961 and spent over 33 years as either the County Agent or the County Agent-Coordinator in Fayette County, after a brief 3 months in Dallas County. Early in his career in Fayette County, Jimmy’s job consisted mainly of leading the Boys’ 4-H Club program. However, he had responsibilities in agriculture and community development programs. He excelled in the 4-H livestock program in organizing county and district 4-H dairy, beef, swine, and horse shows that were held in Fayette.

Tucker’s specialty was farming — all kinds, from cotton, corn, or soybeans to hogs or cattle. He was a leader in organizing and establishing a feeder pig sale as well as breeder livestock sales in Fayette. This promoted and lead to improved livestock in Fayette County and all of West Alabama.

He loved Auburn University and took great pride in his job and work for the Alabama Cooperative Extension Service. He was active in his professional organization, serving on many committees. He received several awards, too, including the Distinguished Service Award in 1977. Jimmy retired from his position on June 30, 1994.

Jimmy was a very caring person who received great pleasure in helping others. He was an active member and leader in the Fayette First Baptist Church. He loved his family dearly. It showed in that they were always seen doing everything together. He was an avid football fan, and late in his life, when he had a crippling disease, he took his family to games even when it was a great struggle and effort.

Jimmy passed away on November 17, 2004. Jimmy’s wife Mary and daughter Karan live in Fayette. Jimmy and Mary’s son Kevan, his wife Anna, and daughter Jessie currently live in Arlington, Alabama, and Kevan, who began his own Extension career in 1993, is now the County Coordinator in Clarke County.

In recognition of his dedicated service, the name of James P. Tucker is inscribed on the dedicatory plaque of the Extension Memorial Chapel. 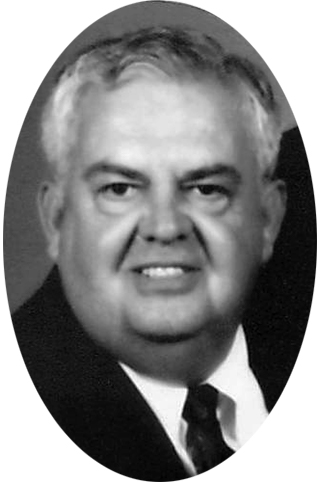