Dr. James R. (Jimmy) Danion, who passed away at his home on April 2, 2004, will be remembered as one of the hardest working, most dedicated Extension workers that ever worked for the Alabama Cooperative Extension Service. Anyone who dealt with Jimmy knew that he gave much more than was expected when asked to carry out assigned Extension duties. Early to work and home late at night was his trademark.

Jimmy was a native of Miami, Florida, and grew up in North Carolina. After serving two years in the U.S. Navy, he attended the University of North Carolina for two years and received his B.S. and M.S. from the University of Georgia. While at Georgia, he taught classes, coached the collegiate livestock judging team, and managed the entire animal husbandry farm. He came to Autauga County on his appointment to Extension in 1960 and served as assistant county agent until 1965. He was then promoted to the position of Extension Animal Scientist in charge of swine programs. He was awarded his Ph.D. in 1970.

During his long career, he published more Extension circulars and Timely Information sheets than anyone at Auburn. He received numerous awards, such as the first Alumni Association award for Excellence in Extension and the Alabama Pork Producers Recognition award. Jimmy was initiated into the honor societies of Phi Kappa Phi and Gamma Sigma Delta. He was an active member of professional and scientific societies, those being Auburn Agricultural Alumni Association, Southern Ag Workers, Southern Livestock Specialists, Alpha Pi Chapter of Epsilon Sigma Phi, Alpha Zeta, the Alabama Extension Specialists association, and the American Society of Animal Science.

After retiring as Professor Emeritus in 1989, Jimmy started his second career as Director of Motor Pool for the Auburn University Athletic Department, which he held until his death. He had a great time chauffeuring student-athletes to and from events.

He was an active member of the War Eagle Lions Club and the Joel McDavid Sunday School Class of Auburn United Methodist Church. Survivors include his daughter Debra Burke of Valley, Alabama, and son Dan Danion of Atlanta, Georgia.

In honor of his life and career, both of which he devoted to helping others, we inscribe the name of James R. “Jimmy” Danion on the dedicatory plaque of the Extension Memorial Chapel. 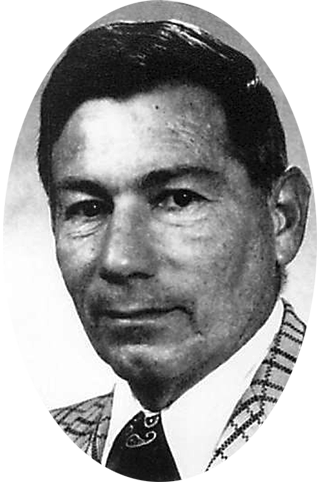