James “Jim” Edwards* joined the Lowndes County 4-H Club when he was in elementary school in Fort Deposit, and continued his 4-H membership into Lowndes County High School.

After his service in the U.S. Navy and graduating from Auburn University in agricultural engineering, Edwards resumed his association with 4-H when he joined the Alabama Cooperative Extension System as an assistant county agent in Talladega County.
He began by giving 4-H demonstrations for mechanics and electricity programs and assisted with 4-H county events. Two years later, he left Extension to join Alabama Power Company as a rural service engineer, but his association with Alabama 4-H continued as a volunteer, giving electrical demonstrations to 4-H clubs in Talladega, Clay, Coosa, Shelby, and Bibb counties. As a representative of Alabama Power, he attended State 4-H Congress meetings and presented awards sponsored by Alabama Power. When he transferred to Alabama Power’s corporate headquarters in Birmingham, Edwards continued his commitment to 4-H.

Edwards was part of a team evaluating site locations for the 4-H Center, and he was proud when the selection was made – it was property owned by Alabama Power. That work more than 30 years ago is carried on to this day through a continued long-term land-lease agreement with Alabama Power and Alabama 4-H.

After the 4-H Center opened, Edwards assisted in teaching 4-H electrical classes, stressing practical, safe, and sound electricity, wiring, and lighting. One of his lighting projects, the 4-H Lamp Building contest, was a favorite among 4-H’ers for many years. 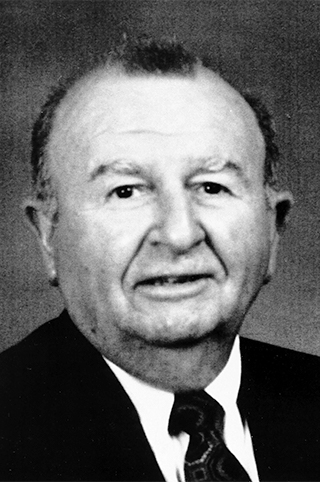