James R “Jim” Edwards joined the Lowndes County 4-H Club when he was in elementary school in Fort Deposit and continued his 4-H membership into Lowndes County High School.

Edwards was a proud graduate of Auburn University in 1948, a Veteran of World War II, U.S. Navy Submarine Warfare, and retired after a full career with Alabama Power Company. After his service in the U.S. Navy, Edwards resumed his association with 4-H when he joined the Alabama Cooperative Extension System as an assistant county agent in Talladega County.

He began by giving 4-H demonstrations for mechanics and electricity programs and assisted with 4-H county events. Two years later, he left Extension to join Alabama Power Company as a rural service engineer, but his association with Alabama 4-H continued as a volunteer, giving electrical demonstrations to 4-H clubs in Talladega, Clay, Coosa, Shelby, and Bibb counties. As a representative of Alabama Power, he attended State 4-H Congress meetings and presented awards sponsored by Alabama Power. When he transferred to Alabama Power’s corporate headquarters in Birmingham, Edwards continued his commitment to 4-H.

Edwards was part of a team evaluating site locations for the 4-H Center, and he was proud when the selection was made — it was property owned by Alabama Power. That work more than 30 years ago is carried on to this day through a continued long-term land-lease agreement with Alabama Power and Alabama 4-H.

After the 4-H Center opened, Edwards assisted in teaching 4-H electrical classes, stressing practical, safe, and sound electricity, wiring, and lighting. One of his lighting projects, the 4-H Lamp Building contest, was a favorite among 4-H’ers for many years.

In his retirement, Edwards was a long-time, active member of Montevallo First United Methodist Church, delivered Meals on Wheels several times each week for many years, and volunteered in many capacities at The American Village in Montevallo. He participated in Honor Air’s November 2008 visit to the World War II Memorial in Washington, D.C., received the Distinguished Service Award given by the National Future Farmers of America, was a 2008 Inductee to the Alabama 4-H Wall of Fame, an Honorary Award recipient of the Alabama Senior Citizens Hall of Fame, and the 2010 recipient of Montevallo’s Citizen of the Year Award.

Jim Edwards passed away on August 9, 2010. He is survived by his wife, Jean Crim Edwards, and two daughters, Nancy Edwards McGaughy and Peggi Edwards Freeman, and was preceded in death by his daughter Carole Edwards Perry. It is a privilege and an honor to recognize this man who included being a friend to Extension in his life’s work. Epsilon Sigma Phi places his name on the dedicatory plaque of the Extension Memorial Chapel. 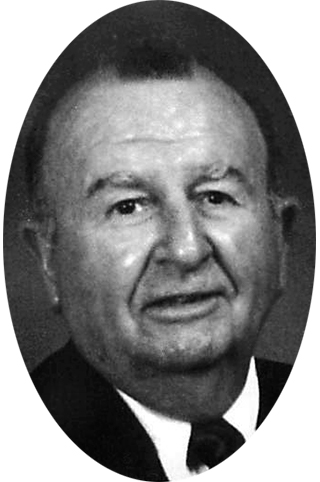