James R. Hurst was born in Chambers County, Alabama, on August 15, 1931, to James Lon Hurst and Louise Pilkington Hurst. He graduated from Milltown High School and Southern Union State Junior College and went on to Auburn University, where he attained both the B.S. and M.S. degrees in agricultural education. He also attended Jones Law School in Montgomery and earned a Juris degree.

He served his country for three and a half years in the U.S. Navy.

Mr. Hurst became a master in the field of Marketing for the Alabama agricultural community. He was appointed Economist – Crops Marketing with the Alabama Cooperative Extension Service on June 1, 1977. His former employment included four years as Marketing Supervisor with Gold Kist, Inc.; four years as General Manager with Farm Bureau Grain Co., Inc.; and several years as an instructor and Assistant Agricultural Economist within the College of Agriculture at Auburn University, doing both teaching and research.

Following his retirement in 1994 from the Extension System, Mr. Hurst returned to employment with Auburn University in the College of Agriculture. Former Dean at the College, Richard Guthrie, remembers James as a low-key faculty member who was well known for supplying data for other faculty members and assisting them in their projects. Coworker Max Runge reflected on James as someone who really cared about the people around him, especially his family and friends.

In 1998, he received a formal commendation for his outstanding professional achievements from the State Legislature, citing him as “a peerless leader who has worked diligently as an economist” for the people of Alabama.

James Hurst passed away June 20, 2012, and is survived by his loving wife, Peggy, and their two children, Jimmy and Susan, two grandchildren and two great-grandchildren.

Epsilon Sigma Phi is honored to place the name of James R. Hurst on the dedicatory plaque of the Extension Memorial Chapel. 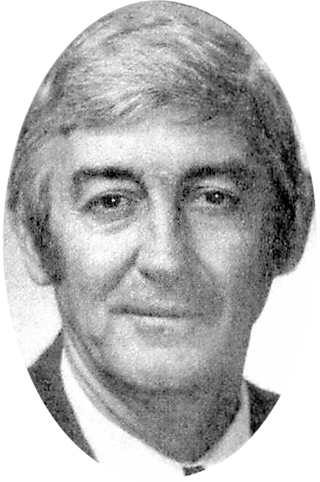