That was Jim Hubbard, a man reminiscent of Jimmy Stewart, whom old-timers remember as a humble, highly respected actor of unquestioned integrity who loved his country, his wife, and his family and didn’t mind saying so. And like the actor, Jim was devoted to one woman, Jean; one school, Auburn; his daughter, Carol Hubbard Martin; and his late son, Capt. Robert Walker Hubbard. He never wavered in his commitment to any of the four.

And like Jimmy Stewart, Jim could say more in two words than most folks could in twenty.

He was “ag” through and through, and proud of it. He graduated in agriculture from Auburn in 1939 and earned an M.S. degree from Cornell University in 1959. He served as an assistant farm supervisor for the Farm Security Administration in Tallapoosa County, then in November 1939 joined the Extension Service as assistant county agent in Russell County. He transferred to Coosa County in the same position and in 1958 was made county agent in Coosa.

In 1959, he moved to Auburn as an Extension poultry specialist. After a temporary assignment with USAID in Asuncion, Paraguay, he accepted a job with the Federal Extension Service, serving in Guam as a Federal Extension Agent. He worked with farmers to provide fresh fruits and vegetables to the U. S. Air Force and Naval bases on Guam. He later worked for the College of Guam in the Ag department.

He retired in June 1972, after 34 years with the organizations affiliated with USDA. He received numerous awards and honors during his exceptional career.

Jim always had a soft spot in his heart for 4-H and said after retirement his work with 4-H boys during his early career was among his favorite assignments.

To honor the many accomplishments of James R. “Jim” Hubbard, it is with great respect that his name is inscribed on the dedicatory plaque of the Extension Memorial Chapel. 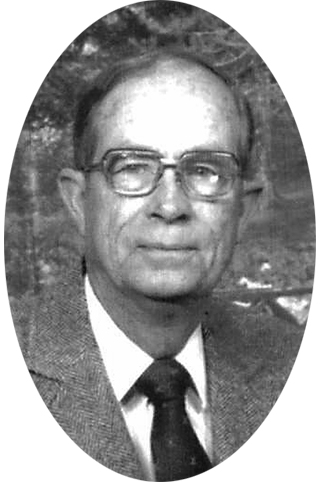