James Ronald Williams was born on July 24, 1957, in Ashland, Alabama. His parents Lowell and Louise Williams raised him on a dairy farm with his two sisters, Ellen and Marsha, and his brother Wendell. After graduating from Clay County High School in 1975, Ronny attended Auburn University, where he received both Bachelor’s and Master’s degrees.

When Ronny joined the Alabama Cooperative Extension Service in July 1980, he began in Butler County as County Agent. In 1990, he accepted a transfer to Talladega County and was given multi-county responsibilities, serving Cleburne County one day a week.

Ronny Williams loved the outdoors and took every opportunity he could to teach young people everything he knew about the environment. His most cherished projects were the 4-H Forestry Judging teams in 1997 and 2001. The 2001 team was the highlight of his life because his two sons, Jimmy and Patrick, were members of the team.

He also coordinated a weeklong Outdoor Classroom for the schools of Talladega County. For five days during Earth Week each year, all of the schools in Talladega County sent their third, fourth, or fifth grades to Lake Chinnabee at the foot of Cheaha Mountain to learn about forestry, wildlife, fisheries, archaeology, wildfire, and many other environmentally related topics.

Ronny’s success as a County Extension Agent was validated by his peers. The National Association of County Agricultural Agents recognized his efforts with a Distinguished Service Award that was presented in July 2002 to his family. Also, soon after his death, Williams’ 4-H agent colleagues throughout Alabama resolved to do something to honor the legacy of their friend and coworker. And, the first day of the 2002 Alabama 4-H Forestry Judging Contest was proclaimed as “Ronny Williams Day” to commemorate his devoted service to 4-11 youth education in his county and state.

The Alabama Cooperative Extension System lost a dedicated County Extension Agent and a respected colleague with his unexpected death on April 20, 2002. Although only 44 when he died, he had made an impact on many lives. He is survived by his wife Janice and their three children, Jimmy, Patrick, and Sandy, and his grandson Parker.

In tribute to his life and work, the name James Ronald Williams is inscribed on the dedicatory plaque of the Extension Memorial Chapel. 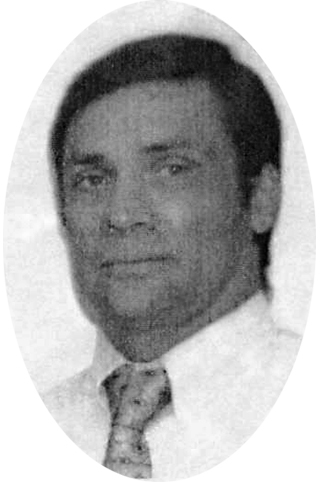