Mr. Parker was a native of Cullman and graduated from West Point High School, Cullman. He received his B.S. degree from API, Auburn, Alabama, in 1958 and received his M.S. degree from Auburn University in 1965. He was employed by Auburn University Cooperative Extension Service as County Agent for 32 years. He began his career in Barbour County, Alabama, and worked there for three years before being transferred to Morgan County, Alabama.

He was promoted to County Agent-Coordinator in 1976 and was transferred to Colbert County. He worked in Colbert County until his retirement in 1992.

He was active in the County Agents’ Association and served as State President in 1983. Mr. Parker received numerous awards from the Association for his service.

He was a member of the First Presbyterian Church, Tuscumbia, Alabama, where he served as a deacon and church treasurer.

Mr. Parker was a member of the Tuscumbia Kiwanis Club and served as president in 1983. He wrote a weekly column entitled “The Back Forty” for the TIMES-Daily for a number of years. He was affectionately referred to as “Mr. Back Forty” by many of his friends.

Additionally, Jerry L. Parker served in the Air National Guard of Alabama Air Force Reserve unit from 1958 until 1961 when health issues prevented his reenlistment and he was honorably discharged.

Mr. Jerry L. Parker was married to Patricia Ann Stephenson with one son, Scott D. Parker. Both died shortly after him.

The Alpha Pi Chapter of Epsilon Sigma Phi honors and remembers Mr. Jerry L. Parker by placing his name on the dedicatory plaque of the Memorial Chapel. 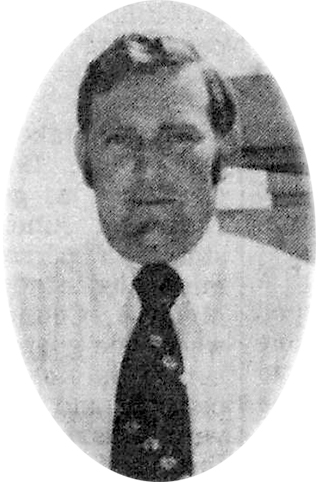