For someone who grew up in a small town in southeast Georgia, being employed at an academic institution was not something that crossed Jerry Crews’ mind. But he had a desire to attend college, and following his high school graduation, he left his small community of Nahunta, Georgia, and enrolled at Abraham Baldwin Agricultural College in Tifton, Georgia. Completing his two-year degree, Crews continued his education at the University of Georgia, earning a Master’s degree in 1977 in Agricultural Economics. As he was finishing his degree, a favorite professor passed along an announcement for an agricultural economist position with the Alabama Extension System at Auburn University, and Crews was offered the job.

As a farm management specialist, concentrating on Livestock, Crews developed a solid reputation with farmers across Alabama for helping them solve the complex problems they faced.

His responsibilities included providing assistance to Alabamians in the areas of financial management, record keeping, and enterprise budgeting. Crews said in a 1991 publication that his career was “both challenging and rewarding. The rewards come many times in the instant gratification that you have made a difference in someone’s life. Whether it is teaching someone the basics of farm/financial management, specific analytical tools/techniques or explaining the farm bill, knowing that you had a small part in helping them make more informed decisions is ever gratifying.”

Crews also enjoyed interacting with AU students, whether it was as a guest lecturer in a classroom or working one-on-one with undergraduate and graduate students. Halfway through his tenure at Auburn, in 1987, Crews completed his Ph.D. and was the second graduate of the department’s doctoral program.

Crews retired from the Alabama Cooperative Extension System following 27 years of service. He was a member of the Auburn United Methodist Church and was an avid fisherman and hunter. He was an excellent gardener and shared his bounty with friends and neighbors. He loved to cook and was well-known in the community for his service to many, especially being involved for many years with the “Taste of Alabama,” sponsored by the AU College of Agriculture.

He was survived by his wife, Karen, now a retired Extension employee but who he met on his first day on the job with Extension, and two sons, Josh (Stephie) Crews of Nashville, Justin Crews of Newnan, Georgia, one granddaughter, Chanhassen; two brothers and a sister. Epsilon Sigma Phi is honored to place the name of Jerry R. Crews on the dedicatory plaque of the Extension Memorial Chapel. 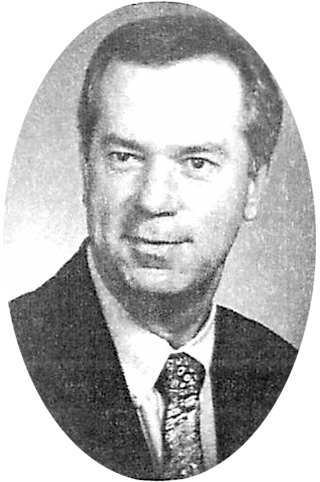