He was known as “Earl” by his family but came to be “Joe” to the youth and farmers in St. Clair County. Two of his brothers also worked for Cooperative Extension. His brother, Rudy, worked in Jefferson County. His brother, Bob, worked in Florida Extension Service. A niece and nephew followed along in their uncles’ and dad’s footsteps as county Extension agents.

Mr. Yates served six years in the Navy from October 1942 until 1948. He received commendations for the Pacific Combat Zone, Mediterranean, and North Atlantic.

His career in ACES spanned 1955 until 1979. He began as a 4-H agent working on many different projects including rabbits, gun safety, and forestry.

As a county Extension agent, he worked in the area of beef, poultry, row crops, timber, and forestry. His work with the St. Clair Cattlemen brought him accolades. He served as president of the county and regional vice-president of the Alabama Cattlemen. He received a President’s Award for his service. The St. Clair CowBelles recognized him as Father of the Year in 1984. He was a Life Member of the Alabama Cattlemen.

His son, Joey, remembers his father having a broken wrist and needing to get some tomato plants to a farmer. Joey rode in a two-door coupe, shifting gears while driving the plants to the farm.

At his retirement, he was heard to say….”Paperwork gets in the way of visiting with St. Clair farmers.” Most ACES staff members would agree.

Mr. Yates wife, Judy, died shortly after him. He is survived by his children, Rhudy Pascal Yates, Joe Anthony Yates, and Ramona Elizabeth Yates Snow; 14 grandchildren and 6 great-grandchildren; and many loving family members.

The Alpha Pi Chapter of Epsilon Sigma Phi honors and remembers Mr. Joe Earl Yates by placing his name on the dedicatory plaque of the Memorial Chapel. 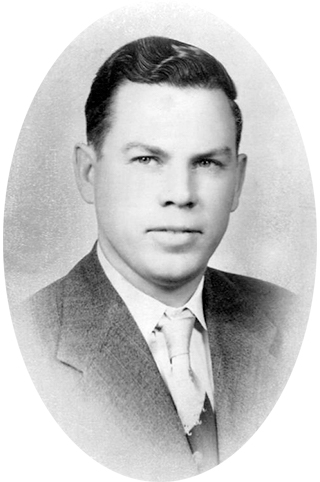