Born on March 5, 1882, Joel C. Ford (known as “J.C.” to his coworkers) was one of Alabama Extension’s first County Agents. His devotion spanned thirty-two years, beginning in 1914 when he served as an agent for Macon County and conclud­ing in 1951 with his retirement as Home Garden Specialist.

J.C. received his high school diploma from District Agriculture School in Hamilton, Alabama. He went on to earn a B.S. degree from Auburn in 1912 and an M.S. in 1913.

Mr. Ford began his service career by teaching in the public schools of Marion and Lee Counties. For a while, he also taught agriculture at Berry College in Rome, Georgia. These years of teaching and working with young people prepared Mr. Ford well for the five years (1918-1923) he spent in the Alabama Boys’ Club program. The genuine concern he expressed for “his boys” made him a most beloved leader. He was dedicated to helping those who would help themselves, especially the less privileged.

In 1923, J.C. Ford became County Agent in Morgan County. After four years he transferred to Fayette County, where he served until 1938, when he came to the State headquarters, serving as Supervisor of Negro Work (1938-1942); Specialist in Rural Leadership (1942-1947); and Home Garden Specialist (1947-1951). His influence was profound as he conducted his tasks of super­vising and coordinating agents all over the state. His development of the all-purpose garden dust, while he was an Extension garden specialist, was his crowning achievement.

When returning home from church services on Sunday, July 30, 1956, Mr. Ford was in a tragic automobile accident that took his life and seriously injured his wife. Always a dedicated, faith­ful, and Christian gentleman, he was loved and admired by the people of Alabama and will be remembered by many.

In tribute to the man and his life’s work, the name Joel C. Ford is inscribed on the dedicatory plaque of the Extension Memorial Chapel. 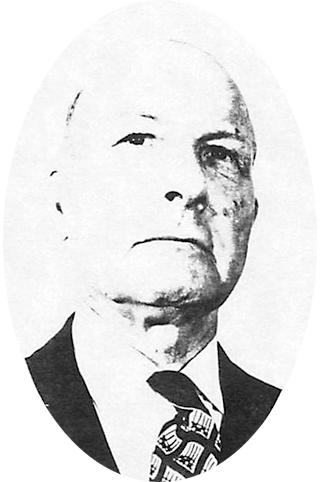