John Blake was truly the pioneer county agent in Dallas County, Alabama. His work began there in August 1912 and continued until his retirement in March 1948. That was almost thirty-six years of service devoted totally to the people of Dallas County!

John was born on a farm in Blake’s Ferry, Alabama, on February 5, 1888. He attended Marion Military Institute in Marion, Alabama, and then went on to Alabama Polytechnic Institute in Auburn. From there he graduated in 1910, with a Bachelor of Science degree. Having been born and reared on a farm, John knew farming better than anything and studied at Auburn to improve his technical knowledge. He was ready for the task when asked to become the county agent for Dallas County. He enjoyed the daily visits with his friends and neighbors as he helped them improve their crop yields. One main emphasis in the 1920s and 1930s, as reported in the Exten­sion Digest, was to teach farmers about a cover crop commonly called hairy vetch. It was a soil replenishing crop, and John Blake was a staunch enthusiast. Dallas county traditionally led the state in the planting of hairy vetch.

John Blake was indeed a friend to his fellow Countians as he taught all the new ideas which were coming out of Auburn. For instance, there was the “Auburn method of fertilization,” field terrac­ing to reverse soil erosion and boll weevil control methods. He began the Boys’ Clubs in Dallas County and arranged for the initial milk routes for the local dairies.

Unfortunately, in 1940, Mr. Blake’s health was declining, and his tasks as county agent were taken on by a new agent named Red Bamberg. However, Mr. Blake continued as assistant county agent in line with Extension’s policy to lighten the load and adjust work schedules for veteran employees when health conditions indicated the need. His retirement was at the end of March in 1948, and he passed away in September 1949. He was survived by a loving family and many, many Dallas Countians who will forever be in his debt. It is to honor this great Alabamian that the name of John Blake is inscribed on the dedicatory plaque of the Extension Memorial Chapel. 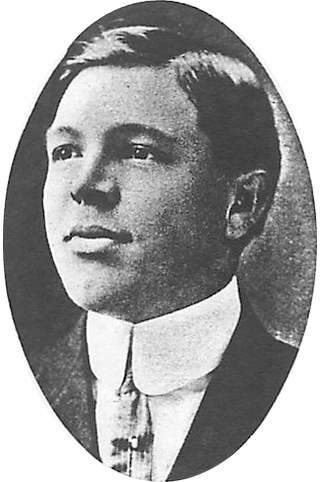