John David Sellers was born in Cottonwood, Alabama, in Houston County, on May 22, 1922. He worked with the Alabama Power Co. after high school and then with the U.S. Engineers to build Fort Rucker and Napier Field.

He joined the Navy Air Corp in 1942 as an electrician. He worked on bombers and PB4-Y2’s during World War II. He returned from service in December 1945 and with the backing of the GI Bill, he enrolled at Auburn University in January 1946 and received his B.S. degree in December of 1948. Remembering what he had learned about the Extension Service as a young boy when Houston County Agent Clark Rudder visited with his dad, he applied and got the job as an assistant county agent in Chilton County in 1949.

He served as County Agent (title changed to County Extension Chairman in 1965) in Chilton County through August of 1966. Upon learning of a vacancy in Calhoun County, he applied for that position, transferred to Anniston, and served in the capacity of Calhoun’s Extension County Agent until he retired from the Alabama Cooperative Extension Service on September 30, 1978.

Sellers was a busy county agent, teaching farming methods with new research coming out of Auburn. He loved working outdoors. Through the years, he worked with thousands of 4-H boys and girls and instilled in them the knowledge that you can pursue your dreams. Being an avid fisherman, one of his greatest pleasures was to teach the art of fishing to 4-H’ers. He thoroughly enjoyed working with 4-H youth, and his colleagues say that he was a master at getting 4-H members to participate in his programs.

After retirement, John sold real estate from 1978 until 1980. After that, it was family, golf, hunting, fishing, and gardening. He spoke at numerous garden clubs and helped judge 4-H club projects. He was active with the American Heart Association and served on Anniston’s beautification board for many years.

His garden was his passion and he gave away many flowers to family members and friends alike. He was just as proud of his golf game and kept a record book of his scores. When he was 69, he “shot his age” for the first time, and by the time of his death at age 83 had shot his age or better over 300 times!

John Sellers passed away on January 5, 2005. He is survived by his wife, Janelle, and two daughters, Jenny Sellers Miller and Sandra Sellers Pearl. To honor his life, we are proud to inscribe the name John David Sellers on the dedicatory plaque of the Extension Memorial Chapel. 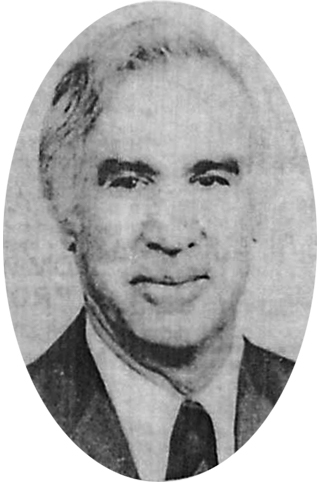