John Dillard Wood, born November 1, 1886, in Wehadkee, Ala­bama, grew up in Randolph County. It was there that his Exten­sion career began in 1912. In 1917, he transferred to Franklin County to make his mark as an Extension county agent. The best memorial to Mr. Wood appeared in The Extension Digest, an early Alabama Extension publication, while he was still an active county agent, and we quote it here:

“Up in Franklin County there is a county agent who has been ‘sawing wood’ loyally, faithfully, intelligently, and efficiently for ten years, but very little has been said about him except in the ordinary course of affairs. It has been accepted as a matter of fact that J. D. Wood was an A-1 county agent, this being reflected in the work which he was doing.

“Recently a signal honor came to Mr. Wood. W. L. McArthur resigned as county agent in Marion County, and immediately a strong demand arose for J. D. Wood. The county officials, the Farm Bureau leaders, and others sought his services. The demand was so strong and the position so attractive that Mr. Wood resigned as county agent in Franklin County and began preparing to move to Marion. He presented his resignation to his county commissioners in session in January, but they would not accept it. Instead, they called him back, raised his salary to where it was satis­factory to him, and caused him to change his mind and remain in Franklin County.”

That decision pleased many people in Russellville and the surrounding areas. J. D. Wood contin­ued his excellent service and rapport with the county commissioners until his retirement in 1942. Of course, as any Franklin Countian would say, his contributions to the area did not stop.

Russellville remained his home until his death in March of 1953. As a lasting tribute to this man and his life’s work, the name of John Dillard Wood is inscribed on the dedicatory plaque of the Extension Memorial Chapel. 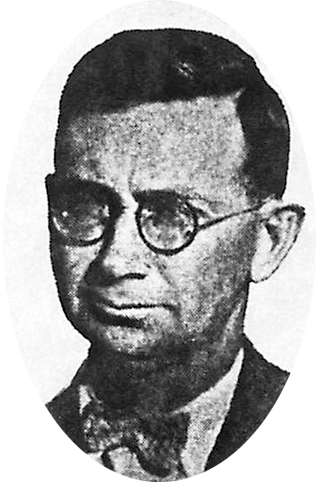