John E. Jones was born November 27, 1932, in Tuscaloosa County. He grew up on the family farm and learned the value of hard work alongside his brother and four sisters. After completing high school, John enrolled at Auburn University but chose to postpone his education to join the U.S. Army. After being honorably discharged, he returned to Auburn and graduated in 1958 with a B.S. in Agriculture.

John began his Extension career in 1958 in Shelby County as an Assistant County Agent. In 1962, he married Jane, his wife of 47. During his tenure as County Agent, John worked tirelessly with farmers and 4-H’ers “to make the best better.” He encouraged and pushed youngsters to excel. John’s 4-H’ers competed in all aspects of the 4-H competition, but livestock shows and judging events were the ones John enjoyed the most and with his guidance, Shelby County 4-H excelled. John strived to instill values in youngsters that would make them productive members of society.

John retired as County Agent in 1988, but he certainly did not stop working. Following retirement, John went to work at the Alabama 4-H Center where he managed the grounds for 10 years. This allowed John to remain close to Extension Agents and 4-H’ers who would visit the Center. During this time John shifted his focus from Extension more toward his community. John loved God, church, family, and community. He was active and spent thousands of hours volunteering in leadership roles in his church, the Cattlemen’s Association, Farmers Federation, Athletic Booster, Kiwanis Club, just to mention a few. John served as Fair Chairman for the Shelby County Fair for many years and was named “State Fair Manager of the Year” in 2008. John and Jane were both named “Citizens of the Year” in Columbiana that same year.

John was a great fundraiser, never accepting no as an answer. It was much easier to support John’s worthy causes than to argue about it. He could be very stubborn and was determined to secure the support for the many projects and programs that benefited youth and the community.

John was an avid gardener and prided himself in having one of the best in the county. He strived to be one of the first to harvest fresh vegetables from his garden. His competitive nature did not accept defeat well, and that’s why he pushed himself and those around him so hard.

John passed away on November 27, 2009. Epsilon Sigma Phi is honored to include the name of John E. Jones on the dedicatory plaque at the Extension Memorial Chapel. 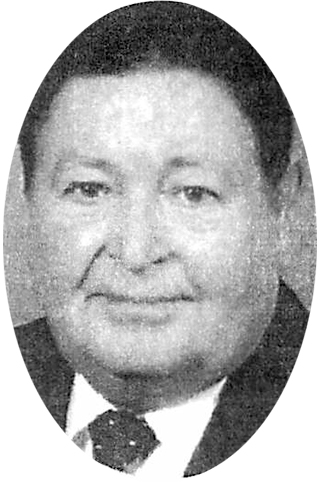